125 Years of Freemasonry on the Isle of Man 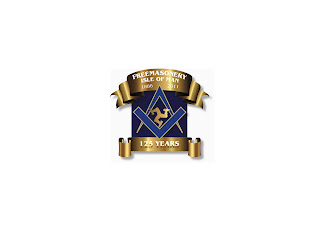 The Isle of Man has a long historical association with freemasonry, and in celebration of its 125th anniversary during September under the title of the Provincial Grand Lodge of the Isle of Man, will be holding a number of exhibitions to explain the work and history of the Masonic Lodges on the Island, provide a better understanding of their aims and explore one of the world’s oldest secular, fraternal societies.

The first lodge to meet under the constitution of the United Grand Lodge of England was ‘The Athole Lodge’ in 1864, formerly known as the ‘Royal Isle of Man Lodge’, which historically operated under both Irish and Scottish constitutions. But masonry on the Isle of Man can be traced back to 1765, although little documentation survives, with lodges in Douglas, Castletown and Peel.
Interest in the Masonic Lodge waxed and waned, but in 1886 the Provincial Grand Lodge of the Isle of Man was inaugurated in the now demolished Masonic Lodge Rooms on Loch Promenade, Douglas, which later became better known as the Douglas Snooker Club.
Many of the lodges had taken on names associated with the Island, such as St Maughold, Tynwald, Ellan Vannin, Athole, Mona and St Trinian’s.
As the Masonic Lodge on the Isle of Man entered a new era, Sir John Senhouse Goldie-Taubman became its first Provincial Grand Master and members became more socially active, with the establishment of two charitable funds in 1901.
The Provincial Grand Lodge relocated to its striking new premises on Woodbourne Road in Douglas and was opened by Deemster Frederic Malcolm La Mothe in 1925.
Many notable figures in Manx history have been appointed as Provincial Grand Masters including Lord Raglan, a former Governor of the Isle of Man who founded four new lodges, including one which still bears his name. Other well-known local personalities who became Freemasons included entrepreneur and philanthropist Henry Bloom Noble, world famous Manx designer and artist Archibald Knox and the aforementioned Sir John Senhouse Goldie-Taubman, remembered as owner of The Nunnery (now the home of the Isle of Man Business School) and long-standing Manx politician.
The Isle of Man Freemasons’ 125 Years Celebration Committee has also adopted one of the stamps from the ‘Birds in Winter’ series to be issued by the Isle of Man Post Office at the end of this month. Featuring artwork by locally based artist Jeremy Paul, the 37p stamp bears the image of a robin which has now become part of general folklore, but can also be found engraved on some of the early Masonic gravestones to indicate the soul of the departed.
A number of exhibitions across the Island will bring together the history of freemasonry on the Isle of Man, including memorabilia and artefacts associated with many of the lodges located here. Their first exhibition will be held in the Strand Shopping Centre from the 15th October for a fortnight, with further opportunities to view the exhibits at a later date at the Manx Museum in Douglas and Quayle’s Hall in Ramsey.
Valerie Caine, © September 2011 (Courtesy of Manx Tails)