↓ Skip to Main Content
Home › Uncategorized ›
Valerie Caine Posted on January 22, 2014 Posted in Uncategorized
The Manx Northern Railway Stations
Many people were saddened by the demise of the majority of the Island’s steam railway network, save for the southern line, but the collaboration of Manx artist Michael Starkey and local man Julian Edwards has brought the northern railway stations vividly to life in this pint-sized publication. 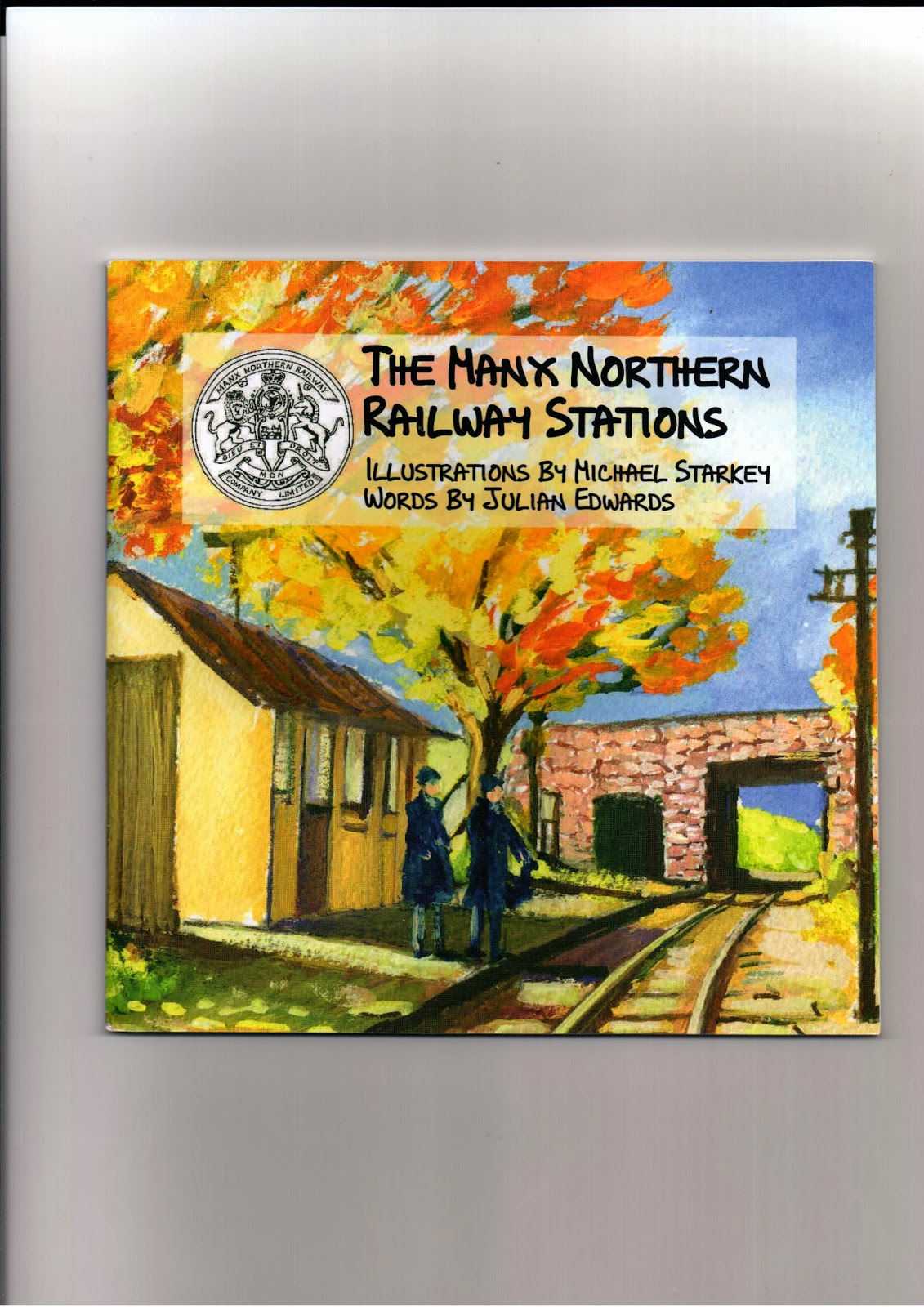 It’s a lighthearted approach, with each turn of the page revealing a station or halt associate with the much lamented railway line between Ramsey and St John’s; giving the reader a nostalgic glimpse into the daily lives of the northern community and the line’s importance as a lynch-pin for goods docked in the northern town.
Each illustration captures the distinctive style of Michael Starkey’s work and is accompanied by nuggets of information about each stop along the way supplied by Julian Edwards.
The vibrancy of Michael Starkey’s artwork sits well with the idiosyncratic nature of the northern line, but for those who prefer a little more detail, there’s also a brief history of the Manx Northern Railway Company included from its inception in 1877.
Priced at £10 The Manx Northern Railway Stations is available from various outlets throughout the Island.
Valerie Caine
© January 2014
(Courtesy of Manx Life)