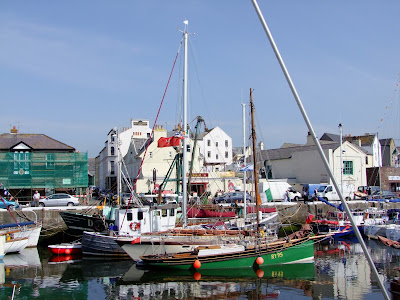 The annual Compass Pipelines Peel Traditional Boat Weekend has been extended this year to include the 50th birthday celebrations of the Old Gaffers’ Association, formed in 1963 to promote the Gaff Rig, and promises to be the biggest and best yet.
A Gaffer is a boat with a Gaff Rig (a main sail with four sides) which was largely replaced by the triangular Bermudan Rig in the early twentieth century, and Peel has been designated as the Irish Sea centre for those sailors who are unable to be in Cowes, on the Isle of Wight, for the climax of the celebrations. 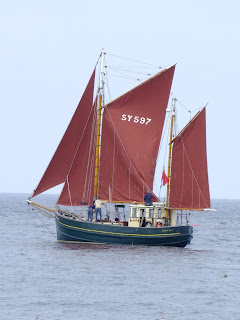 Billed as the premier event of the Irish Sea, visitors to the picturesque fishing port will have the chance to glimpse an exciting array of traditional vessels around the quayside; and with record entries this year, organisers are anticipating a packed, vibrant harbour over the weekend 8th– 12th August.
Shore-side activities and entertainment will include food demonstrations, Craft Fair, Farmers’ Market, Manx dancing, street artists and live music. 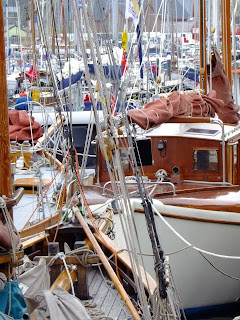 For the more adventurous there’s a chance to take part in the popular boat building competition on the tongue at East Quay, with an exciting race across the harbour to test their sea-worthiness. And for those who prefer a more relaxed environment there’ll be a number of opportunities to view and photograph the magnificent Parade of Sail during the weekend.
Further details available online.
www.peeltraditionalboat.org
Valerie Caine © August 2013  (Courtesy of Manx Tails)