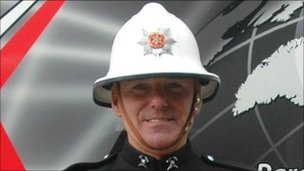 Two Manx firefighters are representing the island at a memorial service in New York, in honour of those killed in the 9/11 terror attacks.
Nearly 3,000 people died when four hijacked aeroplanes were crashed into the World Trade Center in New York, the Pentagon and a field in Pennsylvania.
Three hundred and 43 firefighters lost their lives while trying to rescue people from the World Trade Center.
Danny Dooley and Keith Moore have taken time out of their own trips to the US.
The fire service said it believed their presence would “further strengthen the bond that has developed between Isle of Man firefighters and their colleagues in New York over recent years”.
Local officers have attended most services since the 11 September 2001. They also support the 9/11 fund, a charity set up by New York firefighters in honour of their lost colleagues.
From BBC Ellan Vannin