↓ Skip to Main Content
Home › Uncategorized › Another letter – This time we have a new book set in WWII.

Another letter – This time we have a new book set in WWII.

Dear….
…I  would also like you to know that I have recently (March 2014) published a book – THE OPERA SINGER –  a novel, written as a fictional memoir, which I feel would be of interest to your members.   The book explores a childhood on the Isle of Man during W.W.II, and in particular the relationship of the child with a prisoner, an opera singer, who was interned in the Mooragh Camp in Ramsey.  This is a story that mixes comedy with the reality that was the internment camps during the war – a little known piece of history.  This is not your usual W.W.II story.   I attach some information about the book.
I grew up in Ramsey and lived in the neighborhood of the Mooragh Camp and also worked on a farm, for pocket money, such as the one depicted in the book.  The relationship with a prisoner described in the book, is, of course, fiction.   I also used some of my own childhood memories in writing about the child and his family.
My wife and I will be visiting the Island in August and we are hoping that my novel will also find a market in bookshops there.
Thank you for your attention,
Keith M. Costain 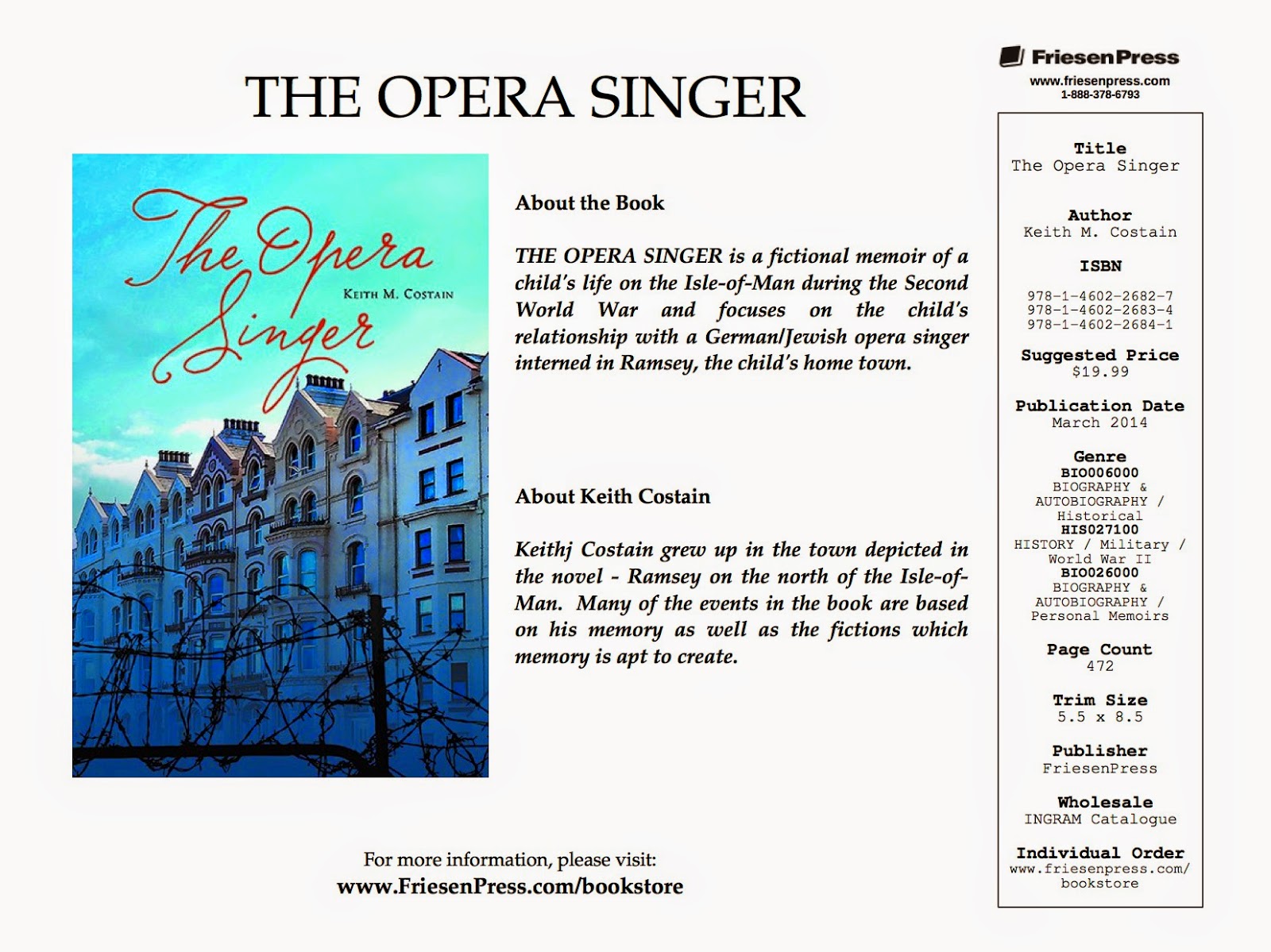