Another London airport added to schedule for 2015 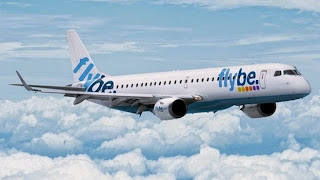 Flybe has announced it will operate a new service between the Isle of Man’s Ronaldsway airport and London Stansted in 2015.
The Exeter-based airline said it will operate “up to three times a day” from 15 March.
Flybe’s chief commercial officer Paul Simmons said bolstering regional connectivity is their number one aim.
The company also announced extra flights from Stansted to Newcastle and Newquay.
A spokeswoman for the Isle of Man airport said it was “good news for Manx passengers”.