Anyone want to go to Halifax, Nova Scotia, September 17-20?

Kelly McCarthy Posted on June 18, 2015 Posted in Uncategorized
Hi Kelly
My name is Rick Grant, President of the Celtic Cultural Society of Nova Scotia.
3 years ago we  established the Halifax Celtic Cultural Festival and in those years we have grown from a 1 day to 4 .
The growth is based on demand and input from the public but more importantly from the Celtic Community.
However, no matter how hard we have tried we have not been able to have Isle of Man  representation at the Festival. We do not charge an admittance fee for any of the events. In fact, to support non-profit societies, who would like an information booth/display at the Festival, we charge $25.
Would you be able to provide us with contact information regarding  contacts in Halifax?
This year, the Festival dates are September 17- 20
Our website is:  halifaxcelticfest.com  It is presently under the last phase of reconstruction.
Regards
Rick 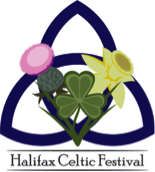 Celtic Cultural Society of Nova Scotia – This non-profit society has been formed to perpetuate the cultural, linguistic, literary, athletic, heritage, history and traditions of Nova Scotia’s Celtic Community.
The Society will, whenever, possible promote and support all associations, organizations, and groups, whether amateur or professional, involved in perpetuating all aspects of Nova Scotia’s Celtic heritage, culture, language and traditions.
The Society will provide governance to an event organizing committee who will produce an annual “Showcase” event in the form of a free, public festival that educates and creates an awareness of Nova Scotia’s Celtic communities. Further, it will encourage others to get involved with those who strive to keep all aspects of Celtic culture, heritage language and traditions alive in Nova Scotia.
Objectives of event in order of priority:
1. Celebrate Gaelic /Celtic language, culture and heritage;
2. Educate attendees about the 6 Gaelic and Celtic Nations – their history, languages and impact on Nova Scotia /Canada;
3. Enjoy our collective Celtic heritage and culture;
4. Stimulate the Celtic Community through pride in our Celtic heritage.
5. Celebrate the Founding of Nova Scotia in 1621 by Sir William Alexander
6 Build the infrastructure to support the larger celebration of the 400th Anniversary of the founding of Nova Scotia in 2021.
The main activities of event:
·      Main stage featuring live Nova Scotia Celtic and traditional music and dance.
·      Demonstrations and instructional workshops on history, genealogy, dance, music athletics, handicrafts and food
·      Educational /learning components
·      Language instruction in Gaelic for both youth and adults
·      Children’s activities which would include traditional Celtic Children’s games
·      Booths /displays  by Celtic related associations and agencies
·       Booths /displays featuring Celtic Artisans and handcrafts
·       Local restaurants and vendors serving Celtic food & drinks
·       Athletic events featuring Celtic sports which include brief histories, demonstrations and individual instruction for each sport preceding competition.