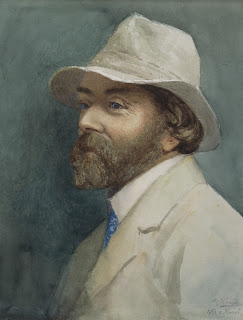 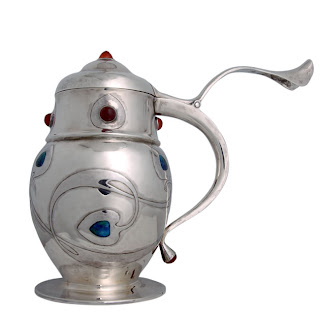 On Friday 13th February in the Manx Museum Lecture Theatre, Manx National Heritage will host a public lecture, “Archibald Knox: A Tale of Two Cities”. Doors open at 7pm for a 7.30pm start and admission is free of charge. It’s a shame we can’t be there!!

The illustrated talk will be given by Liam O’ Neill, chairman of the Archibald Knox Society, which he founded in 2006. The society’s mission is to promote the legacy of Archibald Knox nationally and internationally. Liam has recently been appointed curator of the new Archibald Knox Gallery at Callows Yard in Castletown due to open in May 2009.

In his lecture Liam will discuss the life and work of the Manx artist, school master and Liberty designer, whose unique style made him one of the foremost artist/designers of the late nineteenth and early twentieth centuries.

In 1900 Archibald Knox was at the pinnacle of his career as a designer for Liberty & Co. (London and Paris), while living an almost monastic life in the isolated village of Sulby, Isle of Man. He produced over 400 metalwork and jewellery designs for the London store that was to make him their most popular and prolific designer in their new ‘Celtic’ range, ‘Cymric’ (Silver) and ‘Tudric’ (Pewter). Yet, he was to remain a ‘ghost designer’ as his work was manufactured under the Liberty & Co. brand.

Knox’s unique design style was to earn Arthur L. Liberty recognition as one of the foremost trend setters of the new age. Knox’s contemporaries throughout the cities of Europe were establishing themselves, and new art trends, in what was to be called ‘Art Nouveau’. London and Paris were to play major but different roles in this movement. The erroneous identification of Knox with this continental, ‘new art’, was to have a disastrous effect on his career, yet it is what he is internationally known for today. It was for Knox, both a time of being adored by his students and condemned by the educational authorities, a time of both international fame and obscurity.

During this time of being both at the epicentre and on the periphery of modernism, Knox was an elusive, ephemeral character travelling between two worlds: the visible and the invisible. His genius lay in his inner imagination and his individuality which were the hallmarks of his unique style making him one of the foremost artist/designers of the late nineteenth and early twentieth centuries. He was both a traditionalist and a venturesome modernist, known and unknown in his own homeland. His life was dedicated to the ministry of the beautiful. Liam O’Neill commented: 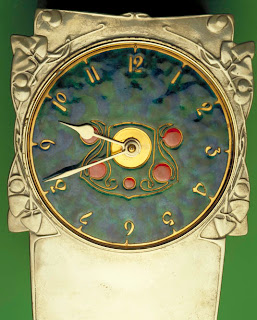 “In my lecture I will compare Knox’s work, especially his jewellery designs, to that of his continental contemporaries, such as the French designer Rene Lalique, by way of demonstrating his genius and his unique contribution to Art Nouveau.”

“Archibald Knox: A Tale of Two Cities” is the penultimate lecture in the 2008-09 MNH Winter Programme. The final instalment will be a Film Night presented by Isle of Man Film on Friday 20th March 2009. For more information on events and exhibitions at the Manx Museum or House of Manannan over the forthcoming months, Manx National Heritage invites you to collect a free What’s On leaflet from any Manx National Heritage site. Full details are also available on www.storyofmann.com.