↓ Skip to Main Content
Home › Uncategorized › At the going down of the sun, we shall remember them

At the going down of the sun, we shall remember them 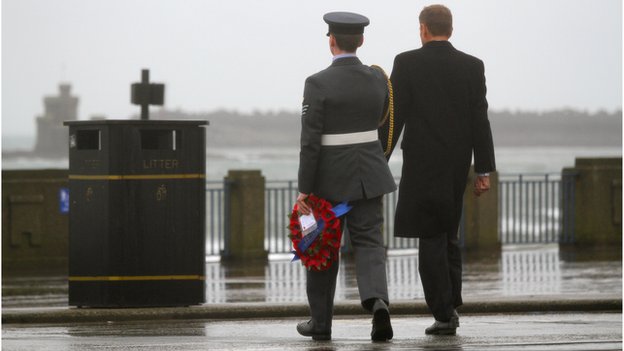 Lieutenant Governor Adam Wood laid a wreath
More than 100 people gathered at the War Memorial in Douglas to pay their respects on Armistice Day.
A two-minute silence was observed by veterans, local dignitaries and members of the public.
In strong winds and against a backdrop of crashing waves, wreaths were laid at the foot of the memorial on Douglas promenade.
Among those to pay their respects were the Mayor of Douglas Stan Cain and Lieutenant Governor Adam Wood.
Armistice Day is observed on the 11th day of the 11th month each year to mark the anniversary of when World War One ended in 1918.
It is also used to remember all of those who have died in conflicts ever since.
This year marks the 100th anniversary of the start of World War One, 70 years since the D-Day landings, and the end of the UK’s combat operations in Afghanistan.
After World War Two, memorials were adapted to honour the fallen of both World Wars, and Remembrance Sunday was established alongside Armistice Day.
From 1995, the British Legion campaigned successfully to restore the two-minute silence to 11 November as well as Remembrance Sunday. 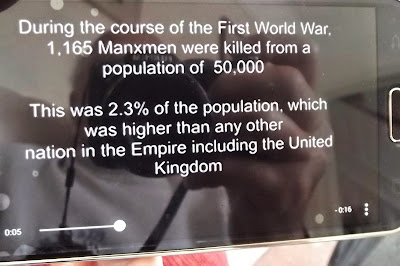 More at the BBC Ellan Vannin