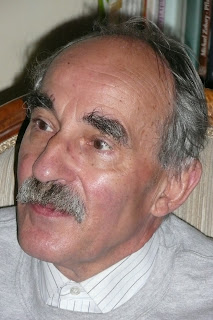 Although the last twenty years have seen a tremendous growth in interest and support for the Manx language, its importance internationally is often overlooked, but this year’s speaker at the annual Ned Maddrell Lecture hopes that our success can be adopted on another island which has close links to the Isle of Man.
Peter Muhlhauser is Professor of Linguistics at the University of Adelaide in Australia and whilst visiting the Isle of Man he will focus  on learning more about the revival of the Manx language and what lessons he can learn that will benefit lesser-used languages in Australia.
He is particularly interested in ideas to support his work in Norfolk Island, a small island situated between Australia and New Zealand which is part of the Commonwealth of Australia.
Many will recognise the close historical links between the two islands, settled in 1856 by the people of Pitcairn, which played a prominent role in the true story of The Bounty mutineers; with the names of Captain Bligh, Fletcher Christian and Peter Heywood commonly associated with the Isle of Man.
The language of these islanders, where the surname Christian continues in popularity, is referred to as Norf’k and is described as a  language spoken by descendants of the first free settlers of Norfolk Island who were descendants of the settlers of Pitcairn Island.

Adrian Cain, Manx Language Development Officer for the Manx Heritage Foundation, commented, “Such a visit gives real credibility to the work we carry out here, whilst providing great PR for the language and also raising the profile of the Island internationally.”