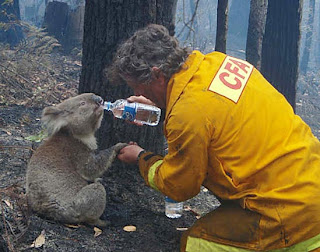 As members of the worldwide Manx family we share the shock and sadness of the Australian communities suffering from the loss of life and destruction of property in Victoria in the terrible bushfires. I have not yet heard whether any of our friends in Manx Societies Down Under have suffered but our prayers and best wishes are extended to them and all of their fellow Australians. If you would care to donate, you can do so here

UPDATE: Here is more news. One Manx society is still waiting to hear from two members living in Victoria. ‘We have one member in Alexandra near the fires and one at Harkaway nearer Melbourne that was under fire threat last Sunday,’ the Victorian Manx Society’s secretary, Liz Newland, told Isle of Man Newspapers.

‘To date we haven’t heard how these two got on.’

The blazes – the worst in the country’s history – have swept across Victoria, killing at least 181 people and leaving 5,000 homeless. News and footage of the devastation has shocked the world over the last week and firefighters are still tackling blazes.