Balibo – a new movie with a Manx connection 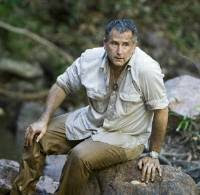 This is an interesting story about a new Australian film. It features an Ozzie journalist called Roger East who became a newspaper man after leaving the navy. Having trained on local newspapers in Australia, he traveled the world, eventually arriving in the Isle of Man in 1953 where he was taken on as a senior reporter on the Isle of Man Examiner. We was later murdered in East Timor in 1975 while investigating the murders of five fellow reporters by Indonesian armed forces.
Actor Anthony LaPaglia, best known for his role as FBI agent Jack Malone on the TV series Without a Trace, stars in Balibo as Roger East. There’s more on the story here.