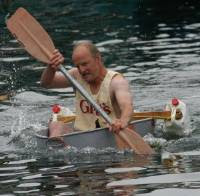 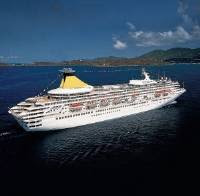 THE largest cruise ship to visit the Isle of Man this year will be arriving in Douglas today (Monday). It is the first time Artemis, a 44,348-tonne ship owned by P&O Cruises, has been to the Island.

She is due to arrive in Douglas bay at 8am and will leave at 6pm.

The World Tin Bath Championships took place in Castletown on Saturday. The event, run by the Castletown Ale Drinkers’ Society, raised more than £6,000 for charity. Between 3,500 and 4,000 spectators lined the town’s middle harbour to watch the races.

Multiple winner Lee Cain successfully defended his title in the men’s event while Erika Cowen became a 12 times winner in the women’s. A new race for this year, which saw three competitors race in modern household baths, showed tin baths were much better for racing, as they all sank after about 20 yards.