↓ Skip to Main Content
Home › Uncategorized › Boost to the economy

Boost to the economy 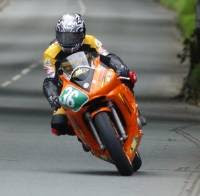 THIS year’s Manx Grand Prix contributed nearly £5m to the Manx economy and raised about £800,000 income for the Manx Government, a survey has found. The research is the first in a series of studies commissioned by the Department of Tourism and Leisure to determine the contribution to the Manx economy of the Isle of Man’s various motorsport events. Here.

Photo: Carolynn Sells on her way to becoming the first woman to win a race around the Mountain Course at this year’s Manx Grand Prix