Valerie Caine Posted on February 11, 2014 Posted in Uncategorized
The thought provoking Friends and Heroes series, originally produced in 2007, has become a worldwide hit in recent years, introducing a whole host of memorable characters. It’s an award-winning animated adventure story set in AD69 which focuses on Macky and his friends as they fight for justice against the Roman Empire. An inspired use of animation, each episode (almost half an hour in length) also shares stories of heroes from the Bible, which the main characters use to give them strength and wisdom as they are challenged by incidents in their daily lives.
Although initially produced in English, it soon became obvious that there was an appetite for this production elsewhere and subsequently Friends and Heroes was rapidly translated into ten languages within a two year period. 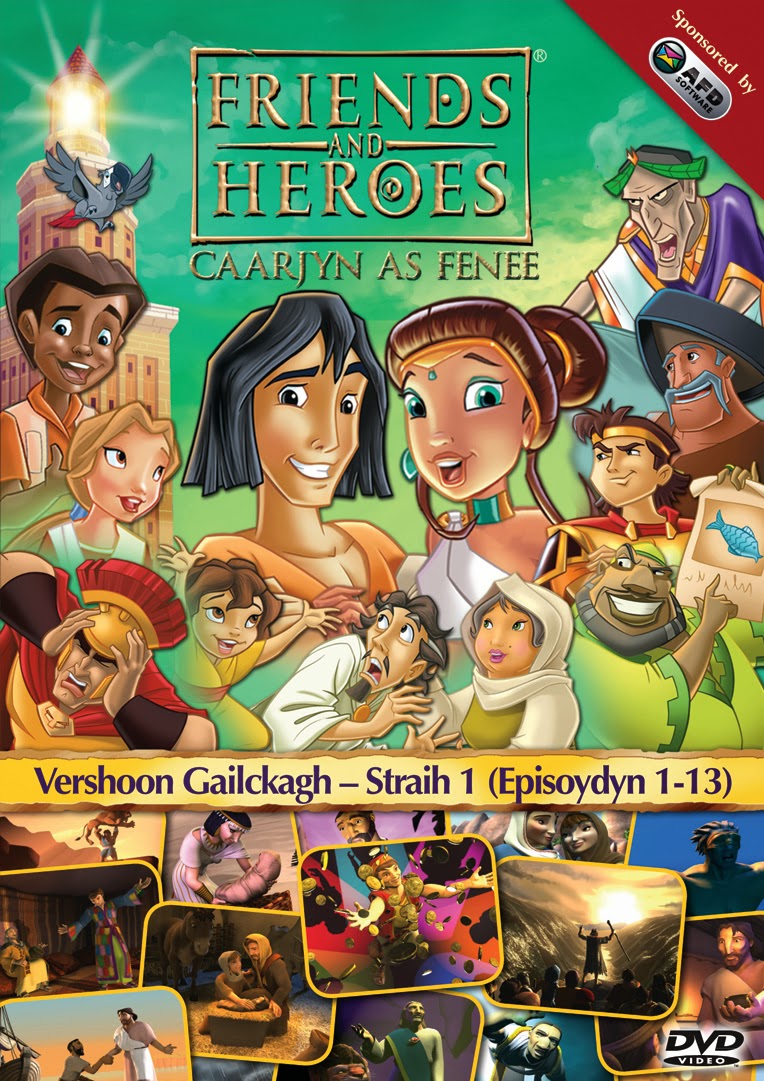 But a new market emerged closer to home when it was suggested that the series could be translated into Manx Gaelic, with recording and editing by Paul Rogers, translation by Bob Carswell RBV and an extensive number of speakers of all ages. Rebranded as Caarjyn as Fenee, this fast moving animation has proved to be a great addition to the growing library of things in Manx, which has developed organically alongside the demand for additional material.
A drama with moments of both sobriety and humour, this superb production is likely to have an appeal for both children and adults, and can double as either a fun way of learning Manx, or purely as a leisure activity. Both Manx and English sub-titles available.
With assistance from the Manx Heritage Foundation, The Gaelic Broadcasting Committee and Manx Radio, it’s available from www.friendsandheroes.com/manxpriced at £20.
Valerie Caine
© February 2014
(Courtesy of Manx Tails)