Kelly McCarthy Posted on May 23, 2009 Posted in Uncategorized 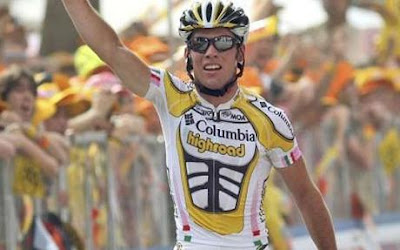 Trash-talkin’ Cav, hero of the circuit won his third leg of the Italia d’Italia. Telegraph story here. Apparently Cav is moving to Florence (alright for some..) to train there in the hills and mountains of Tuscany and Umbria. Now recognised as the best sprinter in the world the telegraph now refers to him as “Manx rider” so he really is a sports ambassador for the island. Go Cav!!!!