Celebrating 20 Years at the Centre for Manx Studies 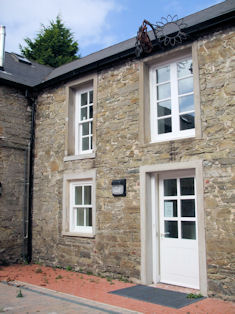 Although part of the School of Histories, Languages and Cultures at the University of Liverpool, the Centre for Manx Studies is very much an Island-based enterprise with a strong work ethic, providing both a long term educational and research provision and at the same time contributing generously towards the Manx GDP.
Founded in 1992 and currently based in the tranquil setting of the old Nunnery grounds on the outskirts of Douglas, the Centre covers a wide spectrum of subjects and teaches both undergraduate and postgraduate students whilst promoting international recognition of the Island.
Postgraduate Masters and PhD degrees have been offered by the Centre for Manx Studies since 1998 in a variety of disciplines, allowing local students to study with an internationally-renowned university without leaving the Island. With an endless supply of Manx research topics available to students some have some of them have also succeeded in publishing their work for a wider audience. The Centre for Manx Studies currently has five PhD students studying a range of subjects including archaeology, music and history.
The Centre’s remit, however, also extends to providing a significant amount of teaching for the undergraduate BA in History, Heritage Management and Manx Studies run by the University of Chester at the Isle of Man College.
The Centre’s two full-time academic members of staff, Dr Harold Mytum (Director) and Dr Catriona Mackie (Lecturer in Manx Studies) contribute expertise from their own specialist areas of research,  augmented by ten Research Fellows, many of them former staff or students from a diverse range of scholarly backgrounds.
An astonishing amount of significant research has been carried out by the Centre during the past twenty years resulting in a better understanding of many Manx topics, reviving interest in others and stimulating ideas for further research. It’s a comprehensive collection which ranges from the Iron Age and World War I through to music ecology, tourism and the Island’s economy, but always keeping the focus on a Manx subject.
Additionally the Centre also runs and oversees an intensive six-week archaeological field school straddling Ireland and the Isle of Man, attracting students from both the UK and North America; and a hands-on four-week training excavation each summer open to students from the Isle of Man, the UK and the EU.
The Centre has also forged important links with the Island’s community by introducing the community heritage initiative, designed to encourage Islanders involvement in archaeology and heritage projects, as well as offering contract archaeology and facilitating participation in conferences both on and off the Island. And at ground level there’s also an opportunity for the general public to attend a range of seminars offered by the Centre and to join the University of Liverpool’s Island based continuing education programme.
www.liv.ac.uk/manxstudies
Valerie Caine, © January 2013, (Courtesy of Manx Tails)