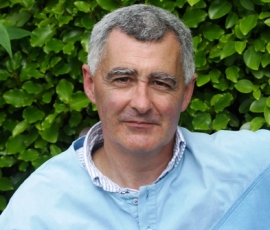 Born and raised on the Isle of Man, Charles Guard left home as a student but returned to make a 25 year contribution to preserving and sharing his native culture.

A talented musician, broadcaster, film-maker, recording engineer, editor and public speaker, Charles Guard recently retired as an officer of the Manx Heritage Foundation – now known as Culture Vannin – but his newly found time off sounds strikingly like more of the same.

“I am involved in a number of new projects, including a film using the latest drone technology. I will be publishing two more books and giving a series of lectures, as well as fulfilling a commission for the Isle of Man Symphony Orchestra.”