↓ Skip to Main Content
Home › Uncategorized › Chico and Rita wins award. When can we see it in America?

Chico and Rita wins award. When can we see it in America? 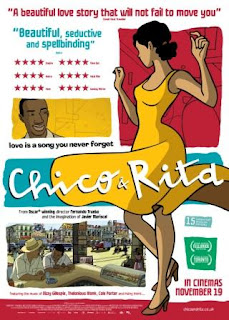 CHICO and Rita won the Best Animated Feature Film award at the European Film Academy Awards in Berlin, Germany, at the weekend.
The film – which was co-funded by Isle of Man Film and CinemaNX – has also just received a nomination in the Best Animated Feature category for the Annie Awards.
Annie awards are regarded as the most prestigious international awards for animation and the winners will be announced at a ceremony in Los Angeles on Saturday, February 4.
Set in Havana in 1948, Chico and Rita is the story of Chico, a young Cuban pianist who dreams of making a place for himself in the jazz world.
Rita is a singer with an extraordinary voice which captivates everyone.
Music brings them together and they embark on a passionate and tormented love affair.
Ten young Manx artists received full training and worked on the film for 16 months as colourists, in collaboration with other studios based in Hungary, Spain and the Philippines.
Film critic Mark Kermode has described the film as “breathtaking”.
Economic Development Minister John Shimmin MHK said: “I am simply delighted. This award, plus the many other recent award nominations demonstrate that film making in the Isle of Man is going from strength to strength.
“I congratulate the local artists who worked on Chico and Rita, they should be extremely proud of their contribution to the film.”