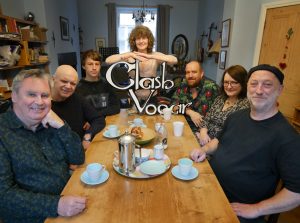 Local group Clash Vooar will soon be heading to Denmark to represent the Isle of Man in the thirteenth edition of Liet International Festival, amongst a line-up of twenty participants representing regional and minority languages.

Most members of the group, described as having a gypsy/jazz groove, reside in the west of the Island, with regular gigs at both the Centenary Centre and The Whitehouse in Peel, and were selected by an international jury from an extensive list of forty five potential entries – reflecting a growing interest in the Liet International Festival.

This year’s festival will form part of the official activities organised to celebrate the centenary of the border between Denmark and Germany and the German minority in Nordschleswig, Denmark, home to 15,000 people. The area maintains its own school and a wide spectrum of social and cultural institutions, and serves as a vital bridge between the German-Danish border region. 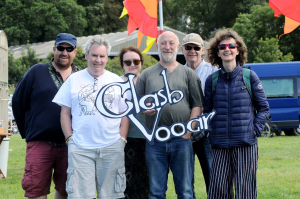 All twenty of the chosen groups will perform at the Gazzværket, a popular night venue in the city of Apenrade/Aabenraa in the south of the country, with half of them going forward to the final on the following evening.

The song festival itself is a Frisian initiative, first held in the capital of Friesland, but now moves between different venues in Europe under the patronage of the Council of Europe.

It has become one of the biggest promotional events for minority languages, enjoying the attention of the world-wide media.