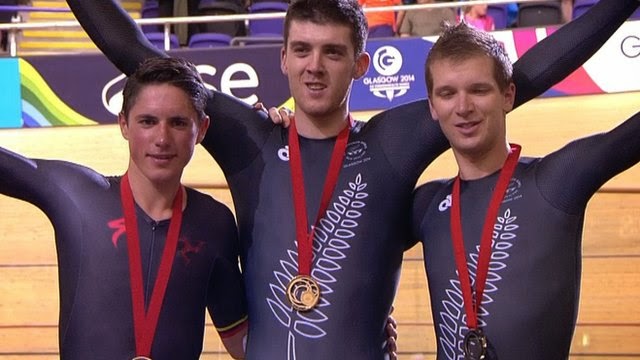 Congratulations to Peter Kennaugh who won Silver Medal in the men’s 40km points race to earn the Isle of Man’s first medal at Glasgow 2014.
The 25-year-old finished second with 84 points, 14 behind race winner Thomas Scully of New Zealand, with another Kiwi, Aaron Gate, taking bronze.
Kennaugh, the reigning British road race champion, adds Commonwealth silver to the Olympic gold he won in the team pursuit at London 2012.
The Isle of Man team was disappointed when Mark Cavendish, arguably our most famous cyclist, crashed in the Tour de France and was injured badly enough that he could not compete for the island in these games.
The BBC is reporting on these games and not doing too bad a job of it. http://www.bbc.com/sport/0/commonwealth-games/28504477