Kelly McCarthy Posted on May 20, 2013 Posted in Uncategorized 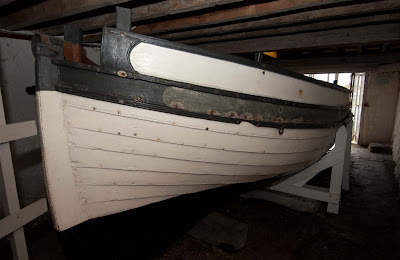 Manx National Heritage is currently embarking upon an ambitious five-year programme to conserve and study Castletown’s 18th century yacht, The Peggy, housed in the cellar of the Nautical Museum.
The Peggy was built for George Quayle of Castletown, one of three similar vessels built for the Quayle family between 1789 and 1793. She is a registered vessel on the National Historic Ships Register and is held in the care of Manx National Heritage.
The current conservation project includes the installation of a new support cradle for the Peggy, with the new cradle scheduled for delivery on Tuesday 21 May 2013, when the cradle will be lifted by crane into the yard of the Nautical Museum and later assembled under the Peggy.
To facilitate delivery of the new cradle, Bridge Street will be closed to vehicular traffic in the area fronting numbers 10 to 12 (including the Nautical Museum) between 10am and 2pm on Tuesday 21 May 2013.  Pedestrian access will be unaffected.  The road closure will be lifted as soon as works are complete.
Anyone interested in hearing more about the project is encouraged to call into the Nautical Museum between from Wednesday 22 May 2013 to Sunday 26 May 2013, when Manx National Heritage staff will be on hand to tell visitors more about the project.  Admission will be free of charge.
The project will be followed by further conservation works to the Peggy including removing and later returning the boat from her cellar to an environmentally controlled workshop in 2014, when Peggy will undergo further analysis and conservation.
Further details on the project can be found online at http://peggy-of-castletown.blogspot.com/.