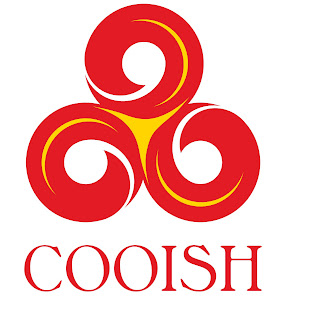 During the first week of October the annual celebration ‘Cooish’ will give everyone the opportunity to find out what is happening in the world of Manx Gaelic, and includes a visit by the editor of the UNESCO Atlas of World Languages in Danger and the Nu-Nordic band ‘Samling’.
Organised by the officers of the Manx Heritage Foundation with support from by Yn Çheshaght Ghailckagh, the Isle of Man Arts Council and local businesses, a number of events will take place with the emphasis firmly placed on the positive developments within the Manx language.
New for this year will be the introduction of a Family Fun Day at the Villa Arcade in Douglas, which will include the annual Arrane son Mannin competition to choose a group of musicians to represent the Isle of Man at the Pan Celtic Festival in Carlow, Ireland, in 2012.
Opportunities to converse in Manx, in a relaxed and informal setting will be available throughout the week across the length and breadth of the Island. Conversational classes will be available in Ballabeg and St John’s, with an opportunity to relax with a coffee at the Java Lounge in Douglas, or something a little stronger at the Rovers’ Return (also in Douglas) or the Trafalgar Pub in Ramsey. Members of the Manx Learners’ Network, ‘Cowag’, will gather for dinner later in the week, with tickets available from Adrian Cain on 451098.
At the close of the week, Elwyn Hughes, Senior Co-ordinator for Welsh courses at the University of Wales, Bangor, will be on hand to conduct teaching sessions in Douglas.  Respected for his work in maintaining the Welsh language, he has been assisting the Manx Heritage Foundation in developing a Manx adult language course run locally by Adrian Cain.
Other highlights during the week will include the ‘Ned Maddrell Memorial Lecture’ at St John’s Mill, which this year will be given by Christopher Moseley. A teaching fellow in Latvian at the School of Slavonic and East European Studies at UCL, he is also the General Editor of the third edition of the UNESCO Atlas of World Languages in Danger. Adrian Cain commented, “This lecture is an opportunity for an academic to visit the Island to talk about their own particular field of work, and in this case Christopher Moseley will be discussing his work with UNESCO. This will also be an opportunity for him to find out more about Manx Gaelic and the recent revival in fortunes for the language; this will, hopefully, enable him to draw some lessons for UNESCO on how they approach the situation for languages in danger”.
To finish off the celebrations a concert at the Erin Arts Centre will feature the band ‘Samling’. Specialising in combining song traditions from Norway and Scotland, the band is recognised as part of a new movement within the European roots scene commonly referred to as Nu-Nordic. Presenting a new, exciting and uplifting sound, this collaborative project was inspired by the band’s founder, Anne Sofie, a traditional singer from the north-west of Norway who moved to Scotland.
http://www.learnmanx.com/
http://twitter.com/greinneyder
http://cowag.org/
www.myspace.com/cooish
www.unesco.org
www.samlingmusic.co.uk
Valerie Caine © September 2011
(Courtesy of Manx Tails)