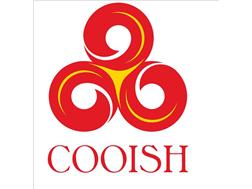 Lovers of Manx music and dance are in for a treat at the Cooish Inter-Gaelic Festival. The event, which also promotes the Manx language, starts on Saturday (November 13) and runs until Saturday, November 20. isleofman.com

As well as a week of opportunities for learners and speakers of the Manx language to get together there are three events which should not be missed.

The first is the Arrane son Mannin night at the Masonic Hall, Peel, on Friday, November 19 which is a chance to catch two of the best Manx bands around – The Mollag Band and Mactullagh Vannin.

Song entries to represent the Island at the Pan-Celtic Festival in Dingle next year will also be aired for the first time. It starts at 8pm and is free.

On Saturday, November 20 the Cooish welcomes Dr Rob Amery who will give the Ned Maddrell Memorial Lecture at St John’s Mill.

Rob is an expert in Australian indigenous languages. He’ll be talking, in English, about his research into the maintenance and revival of these languages with particular emphasis on the Kaurna language of the Adelaide Plains which is being re-learnt using 19th century materials.

The talk is free and starts at 2pm and includes the launch of a new novel in Manx by talented young Manx writer Chris Lewin.

The Cooish then takes itself to the Centenary Centre in Peel for a final evening of music, again on Saturday, November 20, with musicians from Ireland and Scotland.

Dingle’s “genial giant”, Breanndán Ó Beaglaoich will be performing alongside his great friend, former Boys of the Lough member Malcolm Stitt, who is now resident in Ramsey.

Accomplished on both accordion and voice, Breanndán first toured with Boys of the Lough as a guest in the 1980s in the USA and has been a full-time member since 1997.

Anyone interested in learning Manx – even just a phrase or two – should check out www.learnmanx.com

More information on the Cooish can be found online at: www.myspace.com/cooish or email greinneyder@mhf.org.im for an electronic version of the programme.