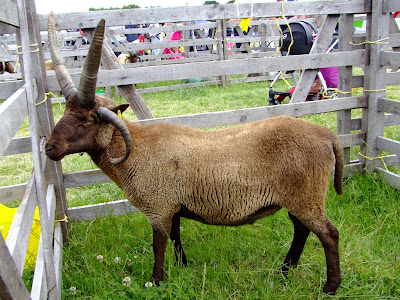 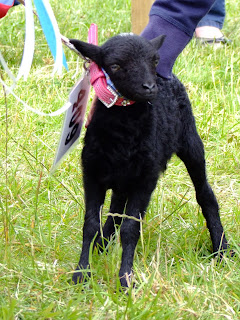 As crowds flocked to this year’s Royal Manx Agricultural Show at Knockaloe, the difficulties experienced by the farming community on the west of the Island, after one of the worst snow falls in living memory, earlier this year, hovered on the lips of those who made the journey to the parish of Patrick.
But standing on the cusp of autumn with a warm and gentle breeze at our backs, the Royal Manx Agricultural Show still remains an important showcase for the rural community; and a great opportunity for people from the town to rub shoulders with those who make their living off the land.
Although the weather was largely overcast after the unprecedented heat wave of mid-summer, the extensive, open site at Knockaloe attracted a strong feeling of bonhomie, with visitors of all ages enjoying a range of activities, learning more about Island produce and life in the Manx countryside.
Some of the non-farming highlights took place in the Entertainment Ring, with an opportunity to see the contrasting activities of Ellan Vannin Gymnasts and the Stampede Stunt Company, whose jousting displays proved very popular. But there was plenty going on elsewhere on the showground for all the family, including Spike Milton’s Lumberjack Show, plenty of relaxing music, a nostalgic display of classic cars and vintage machinery and a variety of static displays. 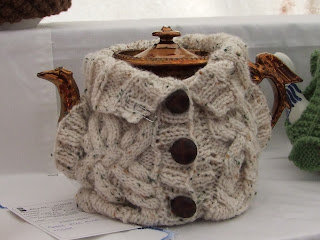 It’s also an ideal opportunity to highlight local produce, displayed at the farmers’ market and the DEFA tent which hosted a range of goods from the Isle of Man, with some well-timed mouth-watering cookery demonstrations in the Manx Food Theatre to whet visitors’ appetites. 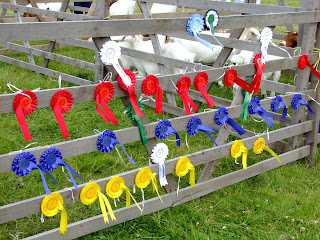 Many people headed for the Fur and Feather tent which never loses its popularity but curiosity seekers also popped in to see a plentiful supply of entries for arts and crafts, farm and garden produce and the baking and dairy competitions. Despite the attraction of ready-meals and the desire to remove the hard work out of the kitchen, it’s clear that the appetite for home-made fare is here to stay, judging from the impressive number of entries at this year’s show.
But the real stars of the show were undoubtedly the livestock, the mainstay of Manx agriculture and proof that self-sufficiency remains an integral part of the Island’s make-up.
Valerie Caine
© August 2013