Crufts – the Westminster of Britain

Kelly McCarthy Posted on March 6, 2012 Posted in Uncategorized
CRUFTS Dog Show, this year running from March 8-11, is the highlight of the canine calendar and will see a number of dog handlers from the island heading to the NEC in Birmingham.
Handlers taking four dogs to take part in top-level obedience and agility competitions are Sharon Deuchars and Molly the collie, Debbie Martin with her Border collie Bea, Tracy McKinlay with Gollum and Storm, and Louise Jackson and her Australian shepherd Razzle,
Louise trains with Ramsey Dog Training Club and will be taking part in the Inter-regional obedience competition as part of the Northern Ireland/Isle of Man team with five-year-old Razzle, working Class A.
Joining her in the same class and competition is Tracy and three-year-old blue merle Gollum. Both are looking forward to the challenges that this level of competition will bring and the chance to showcase their abilities. 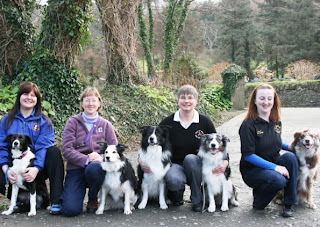 At international level, there are two more obedience dogs competing in the prestigious World Cup event and they will find themselves up against 10 other teams from as far afield as Australia and Canada. Rest of the story at iomtoday