↓ Skip to Main Content
Home › Culture › CUSTOMS AND SUPERSTITIONS CONNECTED WITH THE SEASONS.

CUSTOMS AND SUPERSTITIONS CONNECTED WITH THE SEASONS. 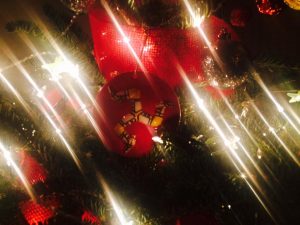 n the Isle of Man, as elsewhere, many customs and superstitions, as well as much weather-lore, have attached themselves to the different seasons of the year. Both the Celts and Norsemen, before the introduction of Christianity, held high festival at the beginning of summer and winter, the mid-winter and mid-summer feasts being more especially of Scandinavian origin. When Christianity was introduced, its ministers, unable to do away with these feasts, wisely adopted their periods as Christian festivals, and so they have continued semi-pagan in form till the present day. Such ancient observances as perambulating the parish bounds, were also christianised by being associated with Divine worship ; and the wells, which the people were wont to visit, were dedicated to the Saints and Martyrs of the Church. After the Reformation, the practice of visiting these holy wells, and of frequenting the tops of the mountains at Lammas, was denounced as superstitious and wicked, but in vain, as, even at the present day, it can scarcely be said to have altogether ceased.

January 1, New Year’s Day, formerly called Laa Nolick beg, “Little Christmas Day,” was the occasion for various superstitions . Among these was that about the “first foot.” The “first foot,” called the qualtagh in Manx, is defined as follows by Kelly in his Dictionary: ” the first person or creature one meets going from home. This person is of great consequence to the superstitious, particularly to women the first time they go out after lying-in.” The qualtagh (he or she) may also be the first person who enters a house on New Year’s morning. In this case it is usual to place before him or her the best fare the family can afford. It was considered fortunate if the qualtagh were a person (a man being preferred to a woman), of dark complexion, as meeting a person of light complexion at this time, especially if his or her hair is red, would be thought very unlucky. It is curious that the superstition in Scotland is the exact reverse of this – i.e., to meet a light complexioned person was fortunate. If the qualtagh were spaagagh, or splay-footed, it would be considered very unfortunate. It was important, too, that the qualtagh on New Year’s Day should bring some gift as if he or she came empty-handed, misfortunes would be sure to ensue. To meet a cat first on this day was considered unlucky. It was supposed to be necessary to exercise great care to sweep the floor of the house on New Year’s morning from the door towards the hearth, so that the dust should go towards the hearth, for, if this were not done, the good fortune of the family would be considered to be swept from the house for that year.

Nothing should be lent on this day, as anyone who does so will be lending all the year. In old times, when tinder and hint were used, no one would lend them on this day.

January 6, or Twelfth-day, was the thirteenth or last day of Yule in the Northern Calendar. It was one of the days on which no one might borrow fire, but had to purchase it. After the introduction of Christianity, it became a Church festival in commemoration of the Manifestation of Christ to the Gentiles. Bishop Phillips, in the Manx Prayer Book 1 written by him early in the seventeenth century, calls it Shen lail chibbert ushtey, ‘old feast-day of the water-well,’ the meaning of which is not clear. It was formerly a day of much festivity in the Isle of Man, being called Laa giense ‘dance or revel day.’ Among the games then played were “Cutting off the Fiddler’s Head,” “The Lackets,” and “The Goggans.”

The Cutting of the Fiddler’s Head is described by Waldron as follows :—” On Twelfth-day the Fiddler lays his head in some one of the wenches’ laps, and a third person asks who such a maid or such a maid shall marry, naming the girls then present one after another, to which he answers according to his own whim, or agreeable to the intimacies he has taken notice of during this time of merriment. But whatever he says is as. absolutely depended on as an oracle ; and if he happens to couple two people who have an aversion to each other, tears and vexation succeed the mirth. This they call Cutting of the Fiddler’s Head, for after this, he is dead for the whole year.” The Lackets, Legads, or ‘ valentines,’ was the name of a game which was played as follows —A mainster, or master of ceremonies, was elected, who then proceeded to appoint a legad to every man of the party from among the girls present in the following words : Eaisht-jee, as clasht-jee, as cur-jee myner; ta N. as M. legadyn son y vlein shoh, as ny sodjey, my oddys ad cordail. Moylley as soylley, jingey as pronney daue, &c. ” Listen, and hear, and give heed ; N. and M. are valentines for this year, and longer, if they be agreeable. Praise and joy, peace and plenty to them, &c.” (The remaining words are lost) Doubtless, the appointments of the mainshter who probably had a shrewd idea which of the young people were attached to each other, were the cause of much merriment. It would seem that these entertainments were usually held at a public-house, whose landlord would be elected as the mainshter. After the legads had all been appointed, the whole party sat down to supper, each man paying for his own legad, or valentine. During the supper the laare vane, or white mare,2 was brought in. This was a horse’s head made of wood, and so contrived that the person who had charge of it, being concealed under a white sheet, was able to snap the mouth. He went round the table snapping the horse’s mouth at the guests who finally chased him from the room, after much rough play. A similar custom is mentioned by Dr. Johnson as taking place on New Year’s Eve, in Scotland One of the company dressed himself in a cow’s hide, upon which the rest of the party belaboured him with sticks. They all then left the house and ran round it, only being re-admitted on repeating the following words, which are still preserved in St. Kilda: “May God bless this house and all that belongs to it, cattle, stones and timber. In plenty of meat, of bed and body clothes, and health of men, may it ever abound.” Each then pulled off a piece of the hide, and burnt it for the purpose of driving away disease. The Manx custom was probably formerly the same as this.

The Goggans, or Noggins, were small mugs filled with symbols of various trades, thus – water, for a sailor ; meal, for a farmer, &c. These were laid in front of the hearth, and then, when the girls had gone outside, they were changed. The girls were then brought back, and, according to the goggan they laid their hands upon, so was the trade of their future husband.

It was supposed that the weather on the twelve days after “Old Christmas Day,” indicated the weather of each month in the following year.