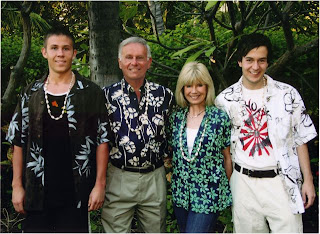 After years of being the recipient of cool letters from people uncovering their Manx ancestry I have come to the conclusion that the Christian families certainly knew what to do on dark nights. The number of descendants for Illiam Dhone is staggering. You should have your own society. Today I received this email from Terry Thompson in Denver who I hope will visit us at our Convention in August.

After 10 years of very rewarding family tree research focused mainly on my Thompson and wife’s Cronemiller surnames (New York founders 1620, Revolutionary War, War of 1812, Civil War etc.), I just spent some time fleshing out the direct but non surname specific ancestors on my father’s side.  Turns out your Manx Martyr, William Christian, is my twin boys 11th Great Grandfather (my 10th)  AND we live in Denver where your upcoming convention for 2010 will be held.  Looking forward to fleshing out that newly discovered heritage.  Thanks for your postings as they are very helpful.

Photo: The Thompson’s of Denver and Fort Collins (twins age 21 at CSU) 11th generation descendants of Illiam Dhone living in Denver and Americans since the year 1620.