Kelly McCarthy Posted on February 27, 2012 Posted in Uncategorized
I have fond memories of the Dhoon as a campsite for Girl Guides in the 1960s and 70s. We were ambitious enough to bring over Scouts from Sweden who were very surprised to find the near vertical campground. It was not uncommon to slide on ones groundsheet right  under the roll-up bottom of the tent and halfway down the hill in the night. We used the hall when it rained and for accessing water.
Christ Church, known colloquially as Dhoon Church, was once a hub of activity for those living in Glen Mona, with social and fundraising events held in the Vestry under the church until a separate hall was opened on the 2ndFebruary, 1912.
Although a poor community many people from the village worked tirelessly towards establishing this new facility, but now Dhoon Church Hall faces an uncertain future. Lifestyles and expectations have changed radically since it was agreed to build a hall suitable for use as a Sunday School and for parochial gatherings in April 1910. 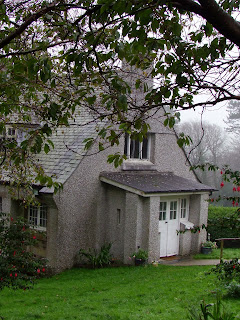 Designed by Bernard Brameld, a Manchester architect with a house in Maughold, who waived his fee, stone for the hall was donated and carted free of charge, and as their enthusiasm grew so did the amount of subscriptions. Despite this excellent start to their fundraising activities the Rev. George Gregson admitted that the area was not a wealthy community, and pleaded for others across the Island to help their cause.
With the support of the Lord Bishop money trickled into what became known as the Church Room Building Fund. As the community pulled together church teas, concerts, lantern show lectures and other social occasions were organised, with local children particularly eager to help bring about something that would benefit them all.
By the summer of 1911 builders had started work on the new church hall and Sunday School, so the children elected to forego their annual outing to Laxey or Glen Wyllin for that year. 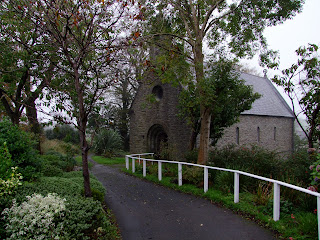 This was quickly followed by the laying of the foundation stone by the Lord Bishop during September 1911, before the building was formally opened by the Lieutenant Governor, Lord Raglan, on the 2nd February, 1912.
The hall became a popular venue for many group activities and social meetings for both adults and children, with the ever popular Shrove Tuesday Tea and Concert still a firm favourite, although pleas for financial support to clear the debt continued for some time.
Those involved with the hall are confident that it still has a role to play within the community, but its future security is dependent on the support of those living in the area.
The Bishop’s Missioner to Dhoon Church, Nigel Cretney, said “As to the future of the church hall we believe it has a future and we want it to have one, but it needs to be used more and financially supported by the community. Yes it is owned by the church, but we want to see the community work with the church to ensure its future”.
A number of celebrations are planned during the course of the next twelve months to mark the building’s centenary, so this is your opportunity to follow in the footsteps of those early pioneers and carry on the work of those dedicated local fundraisers.
Valerie Caine
© February 2012
(Courtesy of Manx Tails)