Did the bet pay off?

The Isle of Man Government has taken a further step towards exploring the opportunities for generation of offshore wind and tidal energy and is now inviting expressions of interest from parties seeking to develop offshore energy production in Isle of Man territorial seas. The Manx Government wants to harness the green potential of the island’s unique position to attract a new era of clean energy generation and export 10 times as much low-carbon electricity to the UK as the entire island consumes in a year.And a decision 20 years ago to surrender its share of UK’s fossil fuel revenues in return for its territorial waters looks like a multi-million pound wager that is destined to pay off.A gamble that may have appeared madness at the height of the scramble for oil and gas now looks a remarkable crystal-ball policy call as the independent crown dependency prepares to lease off small areas of its seabed for massive returns.The agreement in July 1991 ended a 25-year deal that saw the Manx Exchequer receive a share of the royalties and rentals from oil and gas exploration from the whole of the UK continental shelf. The Isle of Man had previously agreed to shrink its territorial waters from 12 to three nautical miles and give up any interest it had in oil and gas exploration and production in the Morecambe Bay area.With the reversal of the 1966 accord, the island now controls around 4,000 square kilometres of territorial waters, which the drive to low-carbon, sustainable power generation has boosted in value to an estimated £8 million per square kilometre over 25 years .An environmental report suggested the Isle of Man currently has the capacity to utilise several hundred square kilometres of seabed, which still has the potential to provide a huge return on investment. 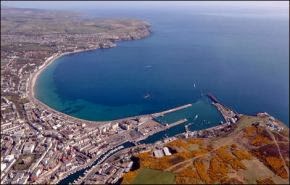