Kelly McCarthy Posted on May 11, 2010 Posted in Uncategorized 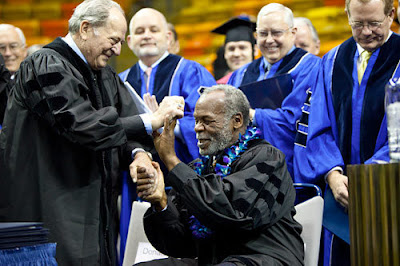 Pictures of Don Quayle at his commencement ceremony on May 8, 2010 at Utah State University where he was awarded an honorary doctorate of humane letters in recognition of his significant contributions to public broadcasting over the span of his career. Don was co-founder and the first president of NPR. Go Don! (Washington Manx Society and NAMA member.) Oh, and the other guy is Danny Glover who is not as famous in Manx circles as Don.

Hat Tip: Bryce Quayle’s Facebook page from where I stole all this!