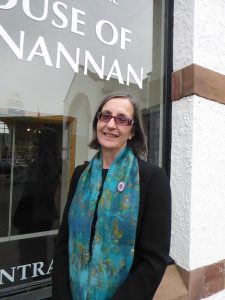 ing an historical, family legacy can be viewed by those lingering around the outside of the circle as labouring, challenging, or even unnecessary, but Dr Helen Pankhurst carries her public mantle with a quiet, but dignified determination.

Female emancipation can be divisive and empowering, in equal measure, but it is something which holds generations of the Pankhurst family together, despite forays into other social areas. As an active feminist herself, Dr Pankhurst spreads her time liberally between international development and women’s rights, but also works as an adviser for CARE International and as a trustee of Action Aid.

Having studied at Edinburgh University, Sussex University and Vassar College in New York, Dr Pankhurst now divides her time between Ethiopia (where her radical grandmother Christabel made a new life) and the UK.

Closer to home, Dr Pankhurst has had a growing awareness of her Manx connections, but it was her daughter Laura who dug down into the genealogical ridges to discover more about their links with Sophia Craine of Lonan and other Manx relatives. And although her visit to the Isle of Man last year was brief, Dr Pankhurst was able to visit Sophia’s birthplace and lay flowers at her grave in Braddan New Cemetery.

We can be sure that Sophia’s influence proved to be a catalyst in her descendants’ future work. Upon her marriage to Richard Goulden, Sophia lost her right to vote when she relocated to Manchester, (the Isle of Man was the first country to give (some) women the vote in 1881) but despite raising eleven children still had energy to fight the injustice of slavery and women’s suffrage. And it was, of course, Sophia who sowed the seeds for social change in the mind of her daughter, Emmeline.

Dr Pankhurst’s recent visit to the Island was organised by The Friends of Sophia Goulden, a local group striving to raise a statue of the Manx woman, which, according to Dr Pankhurst, will not only serve as a commemoration, but remind us of what can still be achieved on our own doorstep.

The concept of female emancipation is nothing new, but at some point this was eroded. Locally there is evidence of four women in Garff who cast their vote in 1700 and it’s widely acknowledged that Viking women enjoyed a more equal footing with their men folk in their daily lives. We pride ourselves as being the first country in the world to allow women the vote in 1881, (albeit with restrictions) but the need for continued progress and stability is ongoing.

Dr Pankhurst believes that globally there is much work to be done, but this need not exclude the Isle of Man. Although she clearly sees empowerment as by far the best way forward, neither does this preclude men from taking up the cudgel of feminism. They too can play their part, speak out about discrimination and use their power to reverse the tide of inequality.

Cultural, institutional and social change are all required, and with the upsurge in popularity of social media there has never been a better time for women to engage in campaigns and support each other, but as the world adjusts to radical change it also brings fresh opportunities and new problems in its wake.

If it hadn’t been members of the Pankhurst family, undoubtedly others would have emerged to pursue political equality, but in Dr Pankhurst’s opinion there’s nothing like doing this together, taking courage from female pioneers of previous generations.

But when we’re doing this, let’s remember the pivotal role of a pioneering Manx woman – Sophia Craine.