↓ Skip to Main Content
Home › Uncategorized › Gathering of the Celts

Gathering of the Celts 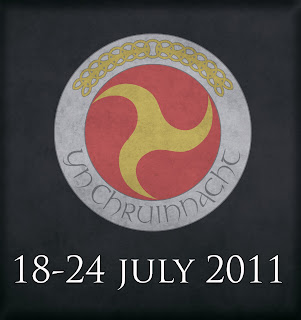 The Yn Chruinnaght inter-Celtic Festival returns later this month with a stunning line-up of performers and musicians and the opportunity of watching a number of top class acts at various venues across the Island.
Kicking off the festival will be Scottish super group Capercaillie who will be playing at the Royal Hall at the Villa Marina. Brought to the Island in partnership with the Department of Community, Culture and Leisure, Capercaillie’s world-wide appeal has ensured the band’s popularity for more than 25 years, as they continue to criss-cross the musical divide. Selling more than one million albums (three silver and one gold album in the UK) Capercaillie pushed the boundaries of pop music with the first Gaelic Top 40 single and later wrote music for and appeared in the Hollywood movie ‘Rob Roy’. They have performed in over thirty countries including Iraq, Macedonia and the Sudan – now they will add the Isle of Man to that list!
But the festival programme will also appeal to those who prefer something a little mellow, including a free concert featuring Welsh musician Cass Meurig playing the lesser known stringed instrument, the crwth. She will be joined by leading Breton vocalist Lors Landat and accordionist Thomas Moisson. There’s also an opportunity to learn more about the crwth by joining Cass for the annual Ian O’Leary Lecture where she will discuss this unusual instrument in more detail.
Outdoor displays, workshops and free mini-gigs are always a popular attraction and a great opportunity to see dancers and musicians in action, with Appalachian clog dancers from Wales, a young Irish band from Belfast, a dynamic Cornish dance group and a selection of dancers from the Isle of Man getting together to perform at selected venues. And for those who can’t resist the urge to put on their dancing shoes a Giant Ceili will feature a choice of traditional dances to join in with, and an optional fancy-dress theme of Celtic flags!
As the week-long festival draws to a close events move to the Centenary Centre in Peel highlighting hybrid Irish/Breton band Guidewires. Coming together for a festival in Belgium during 2007 they not only play Irish music, but Breton, Middle Eastern, Galician and newly composed music. With an all-star line-up creating high energy performances and infectious melodies the band has been described as having ‘the freshest sound in Irish music’.
Scottish Gaelic songstress Maeve MacKinnon will bring Yn Chruinnaght to an end accompanied by accordion-ace Angus Lyon and guitar-legend Ross Martin. With influences as diverse as Dolly Parton and the Buena Vista Social Club, Maeve is expected to create a thoughtful mood with renditions of cross-cultural collaborations influenced by Indian classical music through to flamenco.
Attracting the generous support of the Isle of Man Arts Council, the Manx Heritage Foundation and Manx Telecom, tickets for the festival will include concessions for children and senior citizens, with special deals available when combining both concerts at the Centenary Centre. Tickets are now available from Peter Norris Music, Mostly Manx, Celtic Gold, Shakti Man and Thompson Travel, except for Capercaillie which can be purchased from www.villagaiety.com. For further information about the festival visit www.ynchruinnaght.com or phone the festival hot line on 425957.
(Courtesy of Manx Tails)
Valerie Caine © July 2011