↓ Skip to Main Content
Home › Uncategorized › Get on yer bike!

Get on yer bike! 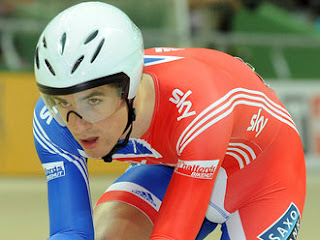 Jonny Bellis back! On Sunday, the 21-year-old from the Isle of Man will line up for the British National Road Race Championships in Lancashire, returning to elite competition following a life-threatening crash last September. Bellis – a prodigious talent having won bronze in the Under-23 road race at the 2007 World Championships and a three-time European champion on the track – was coming to the end of his first year as a professional with Danish squad Team Saxo Bank when he crashed his scooter at his base in Quarratta, Italy. The Manxman remembers little of the incident which left him with a shattered skull and fighting for his life.

He said: “I was just on my way home. I remember everything up until the actual crash.
“I even remember falling down, but after that, nothing. “Maybe it’s a good thing, I don’t know.”

Bellis has now returned to Tuscany – a place which feels as much like home as anywhere else.
Throughout his recovery, which was far speedier than anyone could have predicted, Bellis was spurred on by the thought of riding his bike out on the open road – something he is again doing now alongside fellow Manxman Mark Cavendish.

“To be riding again is just great – it’s what I love and it’s what I’m born to do,” added Bellis, who applied the same dedication to his rehabilitation to that he employs on the bike. I left hospital on March 12, went on the indoor trainer for two weeks, spent two weeks riding on my own and then after that I started to go out with a group back home on the Isle of Man.”