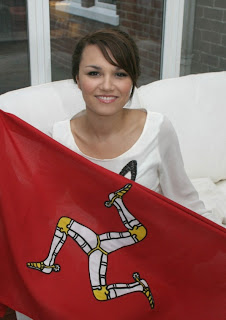 Samantha Barks  from Laxey has landed a lead role in the film version of Les Miserables beating out such a big name as Taylor Swift!
She will star as Eponine alongside Hollywood actors Russell Crowe (Javert) and Hugh Jackman (Jean Valjean) in the glittering production, which is bound to catapult her to global superstardom.
Casting for the film, to be directed by Tom Hooper who directed Oscar-winning movie The King’s Speech, has been attracting much attention since the big names started emerging. Also in the cast will be Sacha Baron Cohen, Amanda Seyfried, Anne Hathaway and Helena Bonham Carter.
Last night at the production of Oliver! in which Samantha is playing the role of Nancy, Sir Cameron Mackintosh took to the stage in Manchester to make the big announcement about Sam.