↓ Skip to Main Content
Home › Uncategorized › Getting to the IOM

Getting to the IOM 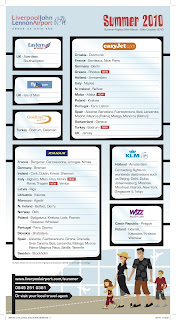 FLYBE has launched a new four-times-a-week service from the Isle of Man to Bristol. This is interesting because there are direct flights to Bristol from Orlando and New York.

The airline’s summer timetable, which began on Sunday, also sees the return of seasonal flights to Southampton and a four times a day service to Liverpool, from 7.10am to 6.50pm. (KLM connects through John Lennon Airport to Amsterdam-US, see picture.)

The connection through London is always vile so avoid doing it on the same day. If you can’t, try and stay awake and spend a day in London and use the London City Airport evening option.  Or, get the coach from Heathrow to Gatwick or Luton. Both airports are a million miles from Heathrow so leave lots of time.

You can fly through Dublin but Aer Lingus is the least tricked out airline across the Pond. I once got flea bites on a flight on a plane they’d borrowed from another airline.  BA stands for Bloody Awful because the staff really don’t want to be there. Virgin is nice and if you’re loaded and travel Upper Class, will take you by limo to Gatwick. All the American airlines are good in my experience so if you go to Gatwick you can transfer to a flight to the IOM (although you may have to recheck your luggage). Gatwick has direct flights from Las Vegas, Vancouver, Calgary and Charlotte, NC.