GOLD!!! And a World Record! 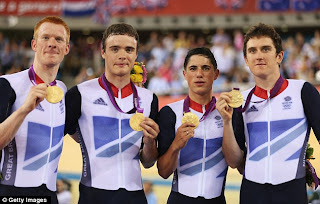 PETER Kennaugh helped Team GB set a new world record on their way to claiming a gold medal in the men’s team pursuit at the London 2012 Olympics this evening (Friday).
The Manx cyclist was part of a four-man group along with Ed Clancy, Gerraint Thomas and Steven Burke that were in scintillating form at the London Velodrome, breaking their own world record twice in three races.
Fellow Manxie and world road race champion Mark Cavendish was a studio guest for the BBC at the London Velodrome and rightly predicted that the quartet ‘wouldn’t just win, but would set a new world record along the way’. 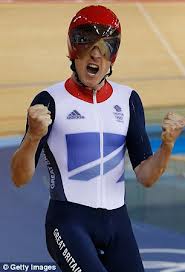