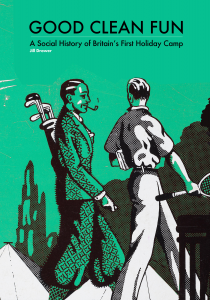 This new book, which charts the success of the revolutionary Cunningham’s Young Men’s Holiday Camp on the Island, is not only informative and revealing, but proves beyond doubt that the concept of the holiday camp began on the Isle of Man.

Written by Jill Drower, great grand-daughter of Joseph and Elizabeth Cunningham and published in conjunction with the 120th anniversary of the camp, her book is packed with more than one hundred and fifty illustrations and lots of detail about how and why the Isle of Man is unequivocally linked with the beginning of the holiday camp phenomenon.

The story draws on the author’s family history, (they became bakers for Cunard and other shipping lines during the nineteenth century), but the driving force behind this publication is the desire to put back on record that the camp was the template from which others followed, including Billy Butlin. 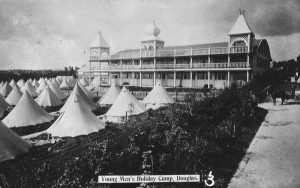 Jill’s research sets the scene by exploring the life of her forebears who settled by the docks in the North End of Liverpool, which became notorious for its destitution, beer houses, brothels and Irish migrants. Joseph Cunningham became involved in their lives through the practices of the Presbyterian church, followed by his work for the Gordon Institute and latterly the Florence Institute, which in turn led him to the Isle of Man.

Cunningham turned around the lives of the most challenging of the boys who came into his care and was recognised as an ideas man, but Jill’s book acknowledges the growing realisation of Elizabeth’s true position in organisation and management, as opposed to a simple supporting role.

Additionally, it focuses on the transformation of a boys’ camping holiday to holiday camp, its role as an internment camp during World War I, as HMS St George in World War II, its subsequent sale to a syndicate and its connection to the famous Lynskey tribunal. 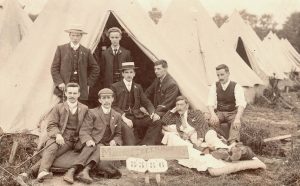 Launched in Liverpool, London and the Isle of Man, it’s now available from several local outlets as well as through Amazon – priced £25.

The book is dedicated to the memory of Jill’s brother, poet and satirist Roly Drower, who encouraged her research and died ten years ago.