Head West for the Celtic Spirit of Yn Chruinnaght

This year the Island’s very own Inter-Celtic festival, Yn Chruinnaght, will be based entirely on the west coast in Peel, using some of the town’s fabulous venues for concerts, ceilis, social get-togethers and informal music sessions 17 – 21 July. 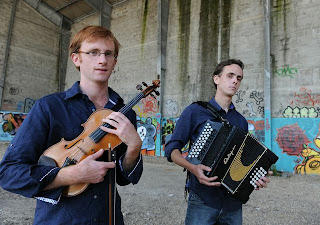 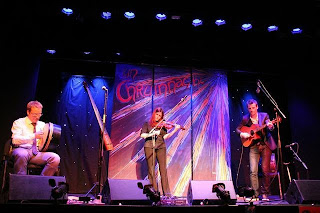 Sponsorship from Manx Telecom, Manx Lottery Trust, Isle of Man Arts Council and the Manx Heritage Foundation has ensured that many events remain free of charge, with the recently introduced Festival Pass (only available online) offering excellent value for money at £30. This will secure entry into the ceili at Peel Golf Club and seats for both concerts at the Centenary Centre with a substantial saving on door entry.
All of the Celtic countries are represented (including the Isle of Man) with Breton duo Vincendeau and Felder offering an exciting blend of traditional music from Brittany and original compositions, with Welsh music WOMAD favourites 9Bach creating idiosyncratic arrangements to convey traditional songs to a contemporary audience. The welcome return of Cornish trio Leski, incorporating the distinctive sound of the hammered dulcimer, will also be a homecoming for guitarist Steve Hunt who was born on the Isle of Man. Dance tutor, Carmen Hunt, will lead workshops and delegates from Wales and Ireland will talk about cultural developments within their own nations.
Infused with friendship and good humour, Yn Chruinnaght festival is a family-friendly event, which this year will include light musical lunchtime bites, stories for children, colourful dance displays, busking in the streets and the launch of the popular locally made animation series Caarjyn as Fenee (Friends and Heroes) in Manx Gaelic.
But it’s the evening concerts at the Centenary Centre which will perhaps attract the most attention, with local musicians Scammylt, Paul Rogers, Cairistiona Dougherty and The Mollag Band rubbing shoulders with not only 9Bach but one of the first full-time professional Celtic bands on the international stage.
After completing more than 70 tours of the USA over a period of five decades, the Boys of the Lough have firmly established themselves as icons on both sides of the Atlantic, acting as role models for countless younger musicians. Freely admitting to having some responsibility for the remarkable explosion of worldwide interest in Celtic music, they have established a reputation for technical brilliance and integrity in their music injecting their performances with a ready wit and a sense of fun.  The festival line-up will be Kevin Henderson from the Shetland fiddle tradition, Fort William man Malcolm Stitt (now living in Ramsey) showing his skill on guitar and bouzouki, Kerry giant Brendan Begley on box and vocals and Fermanagh flute and whistle player and singer Cathal McConnell.
Tickets are available from the usual outlets and further information online where you’ll find a sparkling new promo video. Festival hotline 425957.
www.ynchruinnaght.com
Valerie Caine Text and photos.
© July 2013
(Courtesy of Manx Tails)