Local author, Bob Stimpson, recently wrote a biography of a noteworthy Manxman, whose lifetime achievements were even more remarkable for the fact that he was initially not an English speaker, but that didn’t stop him from travelling across the world, or becoming a prolific inventor. 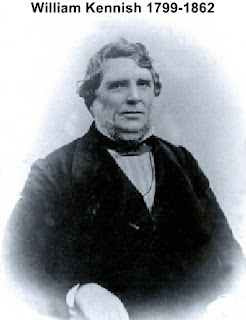 But he lies in an unmarked grave in New York, and now Bob Stimpson hopes to raise enough money to arrange for a permanent memorial to this extraordinary man.
Born in 1799, William Kennish was a Manx inventor, American pioneer, explorer, poet and forgotten genius, and although illiterate, was later rapidly promoted in the Royal Navy.

The son of a farmer, Kennish spoke only Manx Gaelic when he left the Island, and although considered a dunce at school, this self-educated engineer became a productive inventor which included the Marine Theodolite and an ambitious plan to provide a Harbour of Refuge at the Calf of Man.

He returned to the Island in 1844 with his family, briefly spending time in Castle Rushen Debtors’ Gaol before presenting a 3,000 signature petition in London on behalf of Manx fishermen. He later headed for America to further his career.
However, Kennish’s most outstanding achievement has to be his work to locate a route for what is now the Panama Canal. Undertaking seven complex surveys across hazardous territory, Kennish remains the only person to have successfully found a canal route without locks across the isthmus, and although un-adopted is now being re-examined. 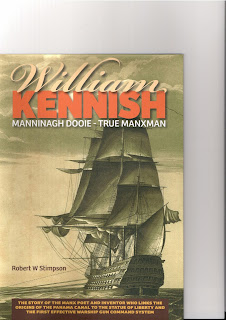 Kennish died of pneumonia in 1862, but the complications of typhus decreed he could not be buried for seven years, although he was eventually laid to rest in New York.
It’s hoped to raise £4,000 using the Crowdfunder initiative by the 28 December, 2015, so that a marker can be made of Manx granite and shipped out to New York next year, but Bob needs your support in his endeavour.
Bob Stimpson is a Chartered Mechanical Engineer with experience in the water industry and assistive product design for the disabled. His career includes the defence, water and CCTV industries as well as holding over thirty patents covering a wide range of products and devices. He is also Vice Chairman of the Isle of Man Victorian Society and a member of the Isle of Man Natural History and Antiquarian Society, the Manx Transport Heritage Museum and the Newcomen Society. He also has a personal interest in the history of engineering.
http://www.crowdfunder.co.uk/william-kennish-memorial/?utm_source=crowdfunder&utm_medium=dashboardmodel&utm_content=emailtofriends&utm_campaign=marketing
www.william-kennish.com
Bob Stimpson’s  book is still available priced £26.
Valerie Caine