IOM Budget at a glance 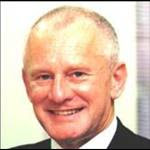 In the hardest budget of his career, Allan Bell announced the following in Tynwald today.