Isle of Man Stamps and Coins have joined with the Royal British Legion to commemorate the centenary of World War I with a miniature sheet featuring what has become known as Trench Art; which will form part of a four-year thematic series.
This unusual form of creativity originated during World War I in response to a series of contests sponsored by the popular French magazine Le Pays de France for the best pieces of work in this genre. The words Trench Art were coined to describe a wide variety of largely anonymous souvenirs fashioned from the detritus of war, or from pieces of military equipment by a variety of artisans. 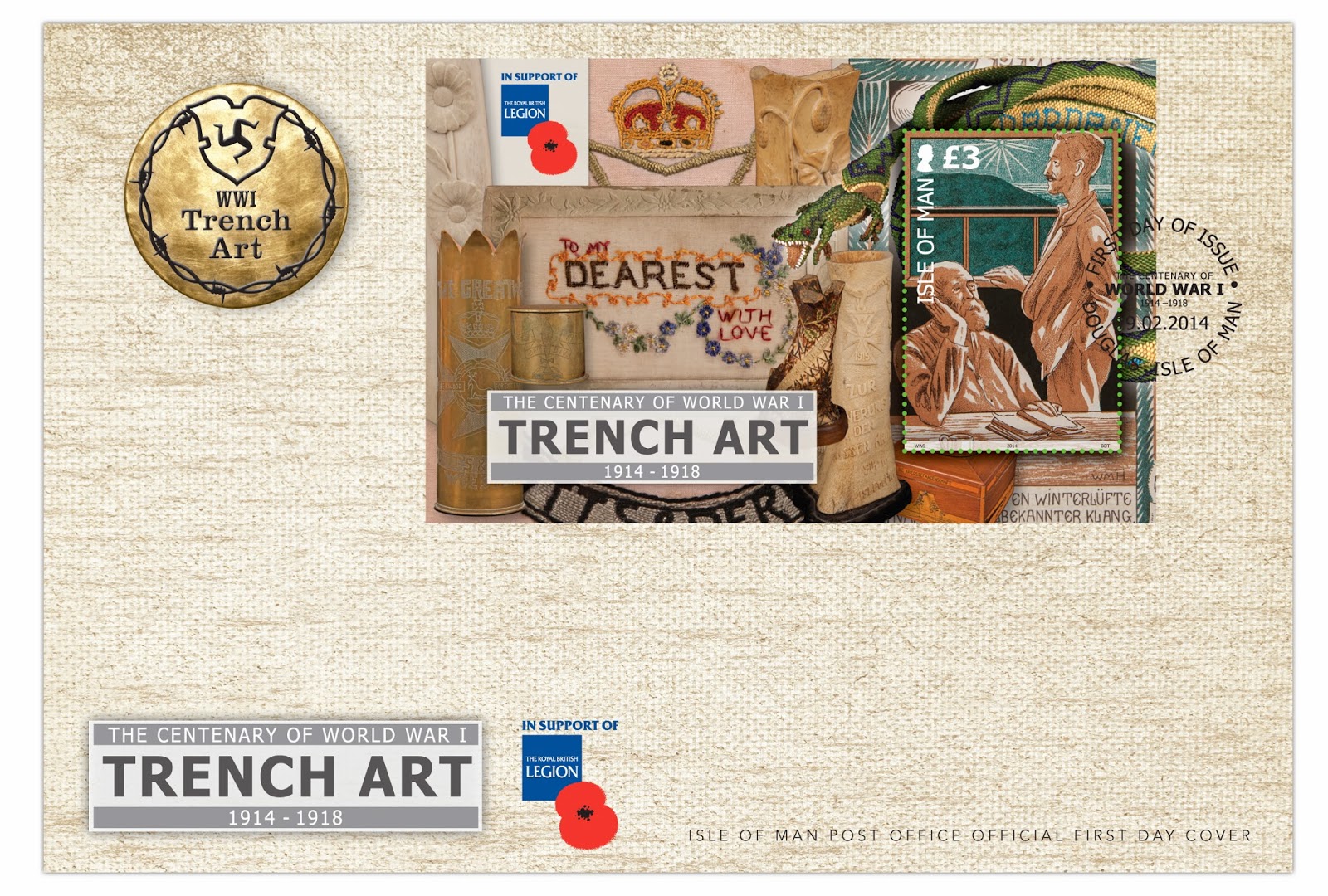 The image used within the miniature sheet is taken from a German Christmas card designed and produced in 1917 at the Knockaloe Internment Camp, situated on the west coast of the Isle of Man.
It’s taken from the collection of Jane Kimball, a world renowned author and collector of Trench Art, who is based in the USA.
She commented, “In commemoration of the centenary of the Great War, this is a forthcoming set issued by the Isle of Man Stamps and Coins department of the Isle of Man Post Office. It showcases a selection of objects made in the craft shops in German internee camps at Douglas and Knockaloe on the Isle of Man and some Trench Art pieces made in areas where Manxmen fought during the war. I was very happy to be able to share images of some pieces from my collection of Isle of Man internee art so others may enjoy them.” 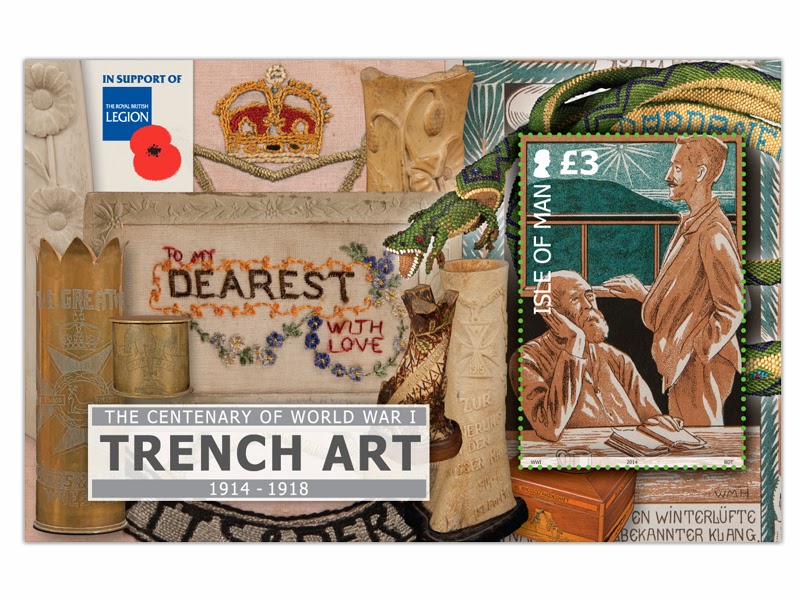 In the accompanying information sheet she explores the origins of Trench Art and the imaginative uses of waste materials during warfare; the most popular being spent shell casings decorated with flowers and reminders of specific battles or areas.
The General Manager of Isle of Man Stamps and Coins, Maxine Cannon, said, “We were delighted that we were given the opportunity to work with an avid collector of such rare and relevant items. Trench Art is a fascinating movement, often overlooked, and it’s amazing what they have created with items like these. We are delighted to work together with Jane who has such an extensive collection and expertise in an area like this. We think the stamp is a great success.”
Valerie Caine
© February 2014