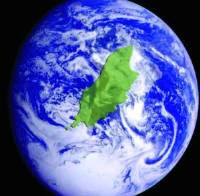 A SPACE summit which will attract some top experts from the industry will be held in the Isle of Man next month. The fourth Google Lunar X Prize Team Summit will take place on October 4 and 5 at the Villa Marina, Douglas.

Senior executives from many of the 22 teams competing for the Google Lunar X Prize will come together and meet representatives from Google and the X Prize Foundation, industry experts and representatives from Space Isle, which incorporates the businesses and organisations working in the space industry in the Isle of Man.

Each team is striving to claim a share of the US $30 million prize money by becoming the first privately-funded team to send a robot to the Moon that can travel 500 metres and transmit video, images and data back to Earth.

Over the course of the two-day summit, the teams will present the progress of their missions, discuss the competition’s rules and judging procedures and discuss how to best serve the educational mission of the competition while working on their lunar robots.

Teams will also meet key officials and space companies operating in the Island, who will provide information and advice to help the teams.

Team members and other experts will also be visiting secondary school students to teach them about the exciting careers that await those who apply themselves in subjects such as science, engineering and maths.

The summit is being held in World Space Week and, to celebrate this, those at the summit will attend a reception and star-gazing event at Castle Rushen.

William Pomerantz, senior director for space prizes at the non-profit X Prize Foundation, said: ‘We are incredibly excited for this event.

The Google Lunar X Prize has a great deal of momentum now, with an incredible roster of teams and with major agencies such as NASA stepping up to become customers of our teams.

‘We’re happy we could hold this summit during World Space Week and in a location like the Isle of Man, which truly represents the new era of innovative space commerce.’

Minister for Economic Development Allan Bell MHK said: ‘It is a great honour for the Isle of Man to be selected to host the Google Lunar X Prize Summit. The government has a very pro-space orientation and we are committed to helping the space industry flourish.

‘For example, our track record of being at the forefront of new industries resulted in the Isle of Man successfully bidding to host the International Institute of Space Commerce, fending off competition from major cities across the world.’

The X Prize Foundation is an educational, non-profit prize institute with the mission to create radical breakthroughs for the benefit of humanity.

The $30m Google Lunar X Prize is an unprecedented international competition that challenges and inspires engineers and entrepreneurs from around the world to develop low-cost methods of robotic space exploration.

The money is divided into a $20m grand prize, a $5m second prize and $5m in bonus prizes.

To win the grand prize, a team must successfully soft land a privately funded spacecraft on the moon, explore the lunar surface by moving at least 500 metres and transmit a specific set of video, images and data back to the Earth.