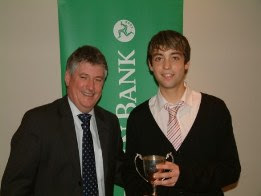 He has won a place on the Elite International Cricket Council Emerging Players programme. The course will take place in Spain during March and is restricted to just 12 players. There will be lengthy batting, bowling and fielding sessions, as well as a focus on fitness, gym work and yoga.A further two Manx players have been selected by the ICC to attend the European Centre of Excellence in Spain. Daniel Hawke of St John’s and Cronkbourne’s Alex Stokoe are amongst the squad of 26 picked for their high standards and potential.

They will be joined on the course by the most talented players from Ireland, Scotland, Jersey, Belgium, Denmark and Italy. Running alongside this programme at the La Manga facility will be a course for adult coaches which the Isle of Man’s Andy Sewell is attending.