↓ Skip to Main Content
Home › Nature › Isle of Man awarded Unesco status as “one of the best places in the world” to explore nature.

Isle of Man awarded Unesco status as “one of the best places in the world” to explore nature. 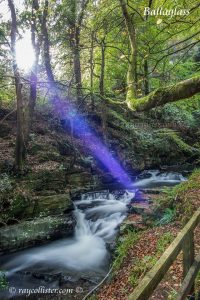 The Isle of Man has been officially recognised as “one of the best places in the world” to explore nature.

The island has been chosen by Unesco as one of 20 new biosphere sites for its outstanding natural landscape.

Among other sites include Uluru (Ayers Rock) in Australia and Mount Kenya – the second-highest peak in Africa.

Hundreds of volunteers who are involved in reporting shark, dolphin and whale sightings have been praised for helping the Isle of Man’s bid.

Located in the Irish Sea, the Isle of Man is home to more than 80,000 people. Its coastline features cliffs, stacks, islets and long beaches, while the hills hold important peat reserves and are deeply cut by wooded glens in the east. Grasslands, pools and wetlands cover the coastal plain to the north of the island. The site’s marine environment is rich in biodiversity and harbours large populations of European eel, Atlantic cod and basking sharks, among others. The sea surrounding the island is harvested for shellfish.

In the countryside, farming activities centre on sheep and cattle livestock, as well as arable areas. The island has been a popular tourist destination since the late nineteenth century and has experienced a notable development in services and manufacturing sectors over recent decades.

The Isle of Man is situated in the centre of the Irish Sea. The area includes a varied coastline of cliffs, stacks, central hills, islets and long beaches. The hills hold important peat reserves and are deeply cut by wooded glens in the east. The coastal plain in the north contains pockets of unimproved grassland, pools and wetlands including the Ballaugh Curragh Ramsar site. The biosphere reserve extends out into the Irish Sea and encompasses all of the Isle of Man’s territorial waters. The sea bed contains a rich and varied biodiversity, including horse mussel and Sabellaria reefs and maerl and seagrass beds, many of which are protected within the Ramsey Bay Marine Nature Reserve.

Approximately 85,000 inhabitants live on the Isle of Man. The major settlements are Douglas/Onchan, Ramsey, Peel, Port Erin/Port St Mary, Castletown and Laxey, which account for over 70% of the population. There has been human habitation on the Isle of Man for much of the 10,000 years since the last Ice Age, and the present culture has strong Celtic and Viking influences. The island is governed by its own parliamentary assembly and legislative body, the Tynwald, which is thought to be the oldest continuous parliament in the world. Since Celtic times, the Manx people of the island have spoken a variety of Gaelic, Manx Gaelic, which is one of six Celtic languages (the others being Irish, Scots Gaelic, Welsh, Breton and Cornish).

Principal activities include banking and finance services, although these generate only about 1% of economic income. The Isle of Man’s mixed farming industry accounts for some 80% of land use. The marine environment is used extensively for commercial and recreational fishing. However, the fishing footprint is thought to be limited to well-used fishing grounds, leaving only a minimal impact on substantial areas of the territorial sea.