Valerie Caine Posted on April 14, 2014 Posted in Uncategorized
Organised by the Isle of Man Department of Education and Children, the annual Manx Folk Awards (Aundyr yn Kiaull Theay Vannin) were held at the Kensington Road Youth Arts Centre in Douglas at the beginning of April.
Although only in its third year in this format, the competitions, aimed at school children, have grown rapidly in popularity, encompassing Manx music, song, dance and poetry and were organised in conjunction with Culture Vannin and Manx National Heritage.
The competitions were a progression from Cruinnaght Aeg which was organised for many years by Fiona McArdle; a well known Manx speaker, dancer and singer on the Island. 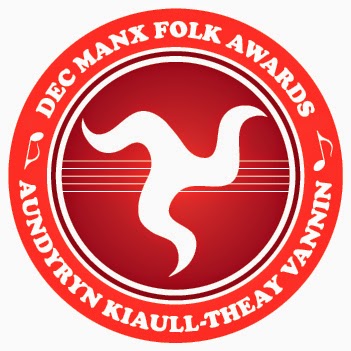 But, current organiser, Jo Callister, explained why some changes had taken place. “The competitions used to happen in the north and in the south. The whole reason why we moved them into Douglas (the capital) was to make them more central and so more children could watch other children performing.”
She continued, “What we found happening was that the schools in the north entered in the north and the schools in the south entered in the south and nobody actually ever saw what anyone else was doing. By watching the children perform I think other children become inspired.”
There were classes for infant and primary school age children catering for various abilities together with additional set choir pieces, based this year on the legendary Moddey Dhoo (Black Dog) of Peel Castle.
Meanwhile in a change to previous years, entries from secondary schools were judged as video entries and displayed online, with selected winners invited to perform in concert at Yn Chruinnaght Inter-Celtic Festival later this year.
Additionally, there was also a special multi-media competition with one school clinching an exclusive visit from Manx born top Blues guitarist Davy Knowles, who has taken on the role of ambassador for this year’s Island of Culture.
Valerie Caine
© April 2014