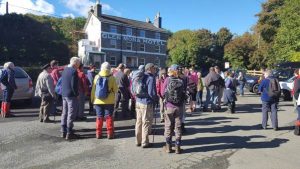 The Island’s largest free festival of heritage and cultural events, known as the Isle of Man Heritage Open Days, has blossomed since its inaugural year which included just three events and this year celebrates its tenth anniversary, with a burgeoning list of events scheduled for two weekends during October.

Heritage ‘Open Doors’ events have been firmly established in both the UK and Europe for several years, but it wasn’t until 2010 that Manx National Heritage decided to test the water with a local version during the month of October (so as to avoid the Manx Grand Prix) with a view to acting as an extension to the tourism season. It began tentatively with the opening of the fisherman’s cottage at Niarbyl and the magnificent Civil War fort situated on St Michael’s Isle, which are both in the care of Manx National Heritage and generally closed to the public. 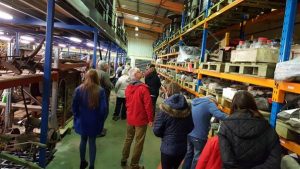 Both events were a resounding success, which paved the way for future open days totalling almost eight hundred individual events straddling walks, tours, buildings and other activities and including virtually twenty thousand participants during a decade of free events.

Both local people and visitors eagerly embraced the idea, with more members of the Heritage Forum coming forward with new ideas as years progressed, with a programme of events now issued during September covering both bookable events and drop-in sessions. 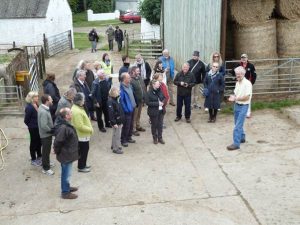 Organiser of the annual event, Katie King, said “Isle of Man Heritage Open Days is a true partnership project, working with a network of knowledgeable and passionate guides who volunteer their time to inspire, educate and highlight the history, culture and architecture the Isle of Man has to offer.”

The event is funded by Manx National Heritage through the auspices of the Manx Museum and National Trust Charitable Funds.