Isle of Man in the Great War 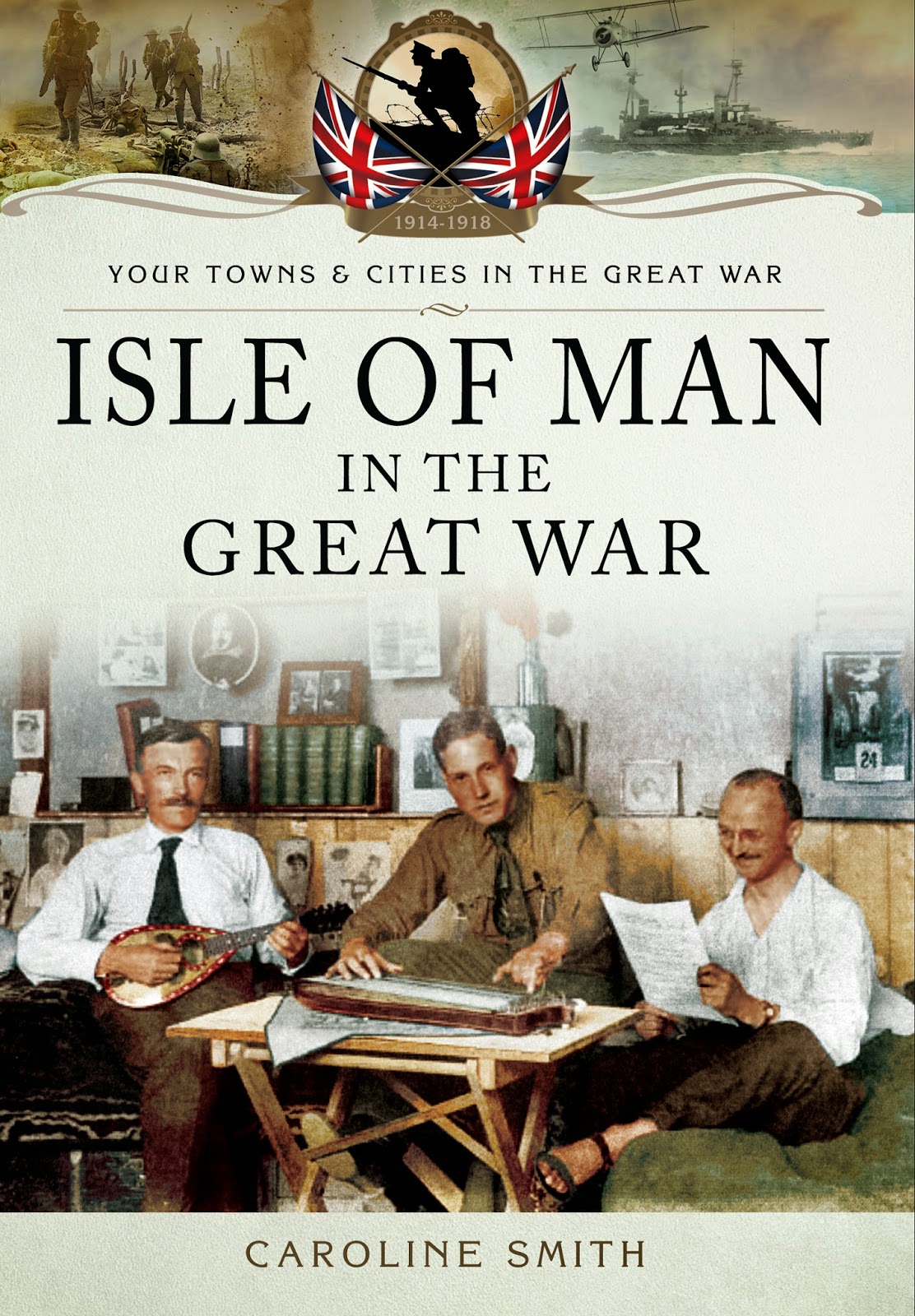 To mark the anniversary of the Great War, Pen & Sword have commissioned a brand new series called ‘Your Towns & Cities in the Great War’, examining the impact of the war on over one hundred individual towns and cities across the UK. I wanted to bring your attention to a title that I believe may be of interest to NAMA members, and for which I’ve included a brief description of below.
Isle of Man in the Great War – Caroline Smith
In August 1914, the Isle of Man was in the middle of a very successful summer season.  The tourist industry was crucial to the island, but suddenly holiday-makers left and the Steam Packet vessels that normally brought them were requisitioned.  The future was uncertain for those who relied on the season and their pleas for assistance were ignored.  For some, the cost of living became impossibly high and without the welfare measures that had been brought about in Britain, many faced destitution.  Others however, particularly farmers and those involved with the internment camps, would find war very profitable.  The divisions between rich and poor grew, creating much social disaffection and a bitter battle for reform was fought.  As arguments raged over conscription, taxation, the economy and the housing of enemy aliens, the personalities of the period came to prominence.  The unprecedented scenes of direct action and several dramatic court cases are brought to life in this account of how the island began its path to progress.
The Isle of Man played an important role in World War One, supplying troops and vessels and running special camps for the internment of enemy soldiers. 8,261 men enlisted in the armed forces; 82.3% of the Isle of Man’s male population of military age. Of these, 1,165 gave their lives and 987 were wounded.
The experience of war significantly impacted on the Island, from the initial enthusiasm for sorting out the German Kaiser in time for Christmas 1914, to the gradual realization of the enormity of human sacrifice the families of the Isle were committed to as the war stretched out over the next four years.

Kelly: I checked this and it’s on Amazon as a “real” book and on Kindle in digital format.