Any ideas, anyone? Here’s what the paper has come up with so far in its quest: 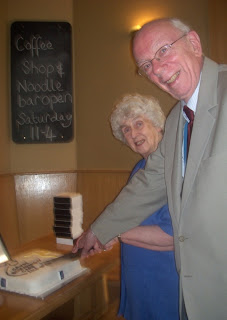 WE’VE been on the search for the greatest living Manxman or woman – but could it be we’ve found both under one roof?
Former Deemster Jack Corrin CBE and his wife Pat Corrin OBE, who are looking forward to celebrating their golden wedding anniversary on September 30, are surely worthy contenders for the title, having notched up many years of outstanding public service between them?
Jack’s Manx credentials are impeccable. Born in Douglas in January 1932, his parents, all four grandparents and all his great grandparents were born in the island.
He was educated at Fairfield and Murray’s Road schools before winning a scholarship to King William’s College when he was 11.
Intent on becoming a lawyer, he became articled to a Manx advocate after leaving school and was called to the Manx Bar in 1954.
He went on to become a senior partner in Dickinson Cruickshank and Co. Appointed Attorney General in 1974, he represented the island at the European Court of Human Rights Court in Strasbourg to fight the Isle of Man’s case to retain the birch. This was subsequently abolished after being deemed a degrading punishment.
Jack was appointed Second Deemster in 1980 and then First Deemster in 1988.
Funnily enough they don’t say anything about Pat, who was awarded her OBE for work in education and charities, especially Cruse Bereavement in which both of the Corrins are intimately involved.