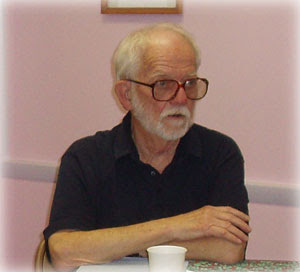 JACK GRAHAM CHRISTIAN, 85, of Falcons Landing Retirement Center in Sterling, VA since 1997, formerly of Annandale, VA, died on Tuesday February 1st 2011 in Leesburg, VA. Dr. Christian was born January 10th 1926 in Greenville, SC to the late Paul Booth and Annie Graham Christian.
He served in the U.S. Army during WWII and continued his service in the reserves obtaining the rank of Lt. Colonel. Dr. Christian was a chemist who worked for the Federal Government and the Virginia Department of Environmental Quality before retiring in 1995 and founding Hygeia Consultants, an indoor air quality testing company.
Dr. Christian was a member of the Washington DC Manx Society and the North American Manx Society. Dr. Christian was also very active in the Boy Scouts of America throughout his life. He and his two sons were Eagle Scouts.
Dr. Christian is survived by his beloved wife of 58 years: Marjorie Ann Christian of Sterling; three children: Julie E. Christian of Reston, VA, Timothy (Lisa) Christian of Richmond, VA, Stefan Graham Christian of Pelham, MA; a grandson: Samuel Christian and a host of other relatives and friends.
Graveside services will be held at Arlington National Cemetery, Arlington, VA on Friday April 1st 2011 at 2:00pm. Those that wish to attend should arrive at the administration building on the grounds of Arlington Cemetery by 1:30pm. In lieu of flowers memorial donations may be